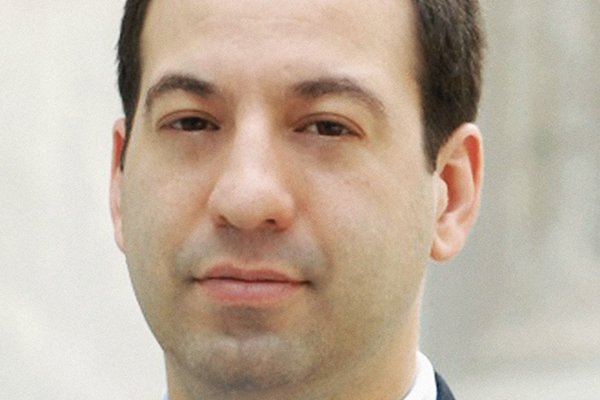 Gary J. Bass on Bangladesh’s past and present.

Professor of politics and international affairs at Princeton University, Gary J. Bass’s latest book, The Blood Telegram: Nixon, Kissinger, and a Forgotten Genocide, based on recently declassified U.S. documents and White House tapes, gives fresh insights into the U.S. role during Pakistan’s civil war in 1971 which led to the creation of Bangladesh. We spoke with Bass recently about the former East Pakistan. Excerpts:

Do you expect the findings of your book, based on recently declassified material, to affect the war-crimes tribunal in Bangladesh?

The memory of 1971 is a foundational part of politics in Bangladesh. While there are new revelations in this book about the American and Indian responses, I would not expect these to change the way that the trials progress.

Islamist leader Abdul Quader Molla was the first person convicted by Bangladesh’s International Crimes Tribunal for crimes in 1971 to be executed, a move that has exacerbated the violent divide between secularists and Islamists there. Is this political victimization?

Bangladesh remains a deeply polarized country, and the upcoming elections may heighten tensions in the short term. It is disturbing to see street violence. You can only hope for healing and reconciliation for a country that has suffered far too much already. Prime Minister Sheikh Hasina is a shrewd politician and would undoubtedly be well aware of the political advantages. The trials are very popular in Bangladesh and have been a centerpiece achievement of the prime minister’s administration.

But is the tribunal ignoring due process?

The failings in due process have been laid out in detail by well-respected organizations like Human Rights Watch and Amnesty International and some news agencies. This basic problem is not unique to Bangladesh. In national war-crimes trials, there’s always the danger that the demand for punishment will overwhelm due process. In the words of Justice Robert Jackson, the U.S. prosecutor at the Nuremberg trials after World War II, countries that were “flushed with victory and stung with injury” had to “stay the hand of vengeance and voluntarily submit their captive enemies to the judgment of the law.” That is never easy.

Why is Nixon’s inaction in 1971 different from, say, Clinton’s reluctance to intervene in the Rwandan genocide in the 1990s?

The U.S. was not deeply involved in Rwanda before the 1994 genocide. So when the slaughter started in Rwanda, the question was whether the United States should intervene at all. But in Pakistan in 1971, the United States was a close ally, actively supporting President Yahya Khan’s government. There were surely limits to U.S. influence over Khan, but to my surprise, Nixon and Kissinger did not explore what their leverage could do.

Was India’s involvement in the 1971 Pakistan civil war warranted or just?

India had mixed and complicated motives. On the one hand, many Indian citizens were horrified at the killing; and in a democracy, those voices did matter. On the other hand, Prime Minister Indira Gandhi and her senior advisers were well aware of the strategic opportunity to hurt Pakistan. It’s impossible to see Gandhi herself as a guardian of human rights: look at Mizoram, West Bengal, Punjab, the emergency. The Indian government also wanted to shore up its border states from revolutionary violence, avoid communal tension between Hindus and Muslims in India, and above all, not to be stuck with millions of refugees. It’s a very mixed picture.

Would Bangladesh have come into existence without Indian involvement?

Counterfactuals are always very hard. Pakistan was not destined to break up, despite the tensions between the two wings. India’s support for the Mukti Bahini [militants] definitely helped make it harder for West Pakistan to hold onto the east wing, but the guerrilla campaign was struggling and could have taken years to succeed without direct Indian Army intervention. The main point is that after the crackdown began on March 25, 1971, it really became vastly harder to convince Bengalis to remain part of a unitary Pakistan. If any moment meant the end of that old united Pakistan, it was March 25, 1971.

A great interview with a man that symbolises what we’ve tried so very hard to forget. The subject is Mr Bass, whom we’d all be better off listening to. But I’m also impressed by the interviewer. I’ve been following Rimmel Mohydin’s work a while, but didn’t know she excels at the art of the interview already. Educated questions that cut to the core. Excellent.

In a war in which thousands were killed the only defining image is the one of the guerilla leader Abdul Kader Siddiqui publicly bayoneting 4 Biharis to death. It was an event staged for the media with foreign correspondents invited to watch and photograph! None uttered a word in condemnation. Mr.Gary Bass would do well to research what happened to the milliion-strong Bihari and Urdu-speaking population in East Pakistan. It was not only one side that were the victims of ‘ Genocide’ !