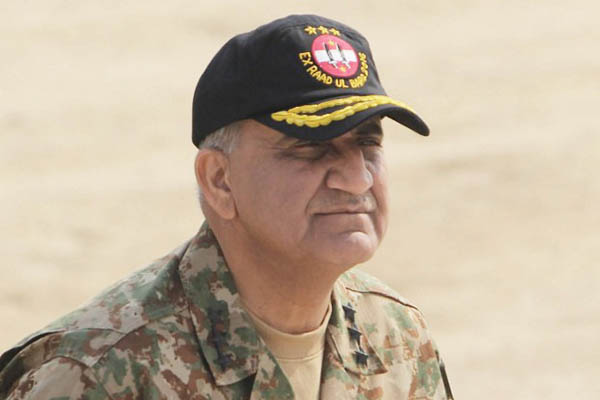 Analysts say new chief is a ‘professional’ who will avoid limelight and stick to his job.

Pakistan on Saturday appointed General Qamar Javed Bajwa as its new military chief, the Prime Minister’s Office said, passing over the Army’s favorite contenders for arguably the most powerful role in the country.

Bajwa will take over from the hugely popular General Raheel Sharif, who won the hearts of millions with his bruising campaign against Islamic militants.

“President Mamnoon Hussain, on the advice of Prime Minister Nawaz Sharif, promoted Lieutenant General Qamar Javed Bajwa to the rank of full general and appointed him as the chief of the army staff,” said a Prime Minister’s Office spokesman.

Pakistan’s military plays an outsize role in national life, offering armed reassurance against India that many Pakistanis see as vital to their identity.

Bajwa was chosen over the highest ranking contender, the Army’s Chief of General Staff Lieutenant General Zubair Hayat, previously responsible for the security of the country’s nuclear program; and over Lieutenant General Ishfaq Nadeem, commander of the strategic Multan strike corps and viewed by many analysts as favorite for the job.

“There are many considerations and not just seniority,” said analyst Imtiaz Gul. “It may be a little surprising, but not unexpected.”

Analyst Ayesha Siddiqa said Bajwa was a “compromise” pick. The “hawks” in the military would have wanted Hayat—who instead was made chairman of the joint chiefs of staff—or Nadeem, she argued. “So what I see is a compromise decision in which Zubair is not pushed out entirely, he’s being made chairman of the joint chiefs of staff, which is being kicked upstairs… he does not command any troops therefore it’s not where the power lies.” She continued: “It’s a compromise decision which is symbolic: Give the chairman to the hawks and keep your man as the Army chief.”

As for how Bajwa, who belongs to a regiment that has produced three Army chiefs in the past, will lead compared to his predecessor, she cited his reputation for shunning the limelight. “What we saw in the last three years, especially the last year and a half, was a lot of complicity. Bajwa is a good professional soldier. He will stick to his job and not advertise himself so much,” she said.

With the civilian government largely dismissed as corrupt and inefficient, the military offers a form of stability.

Raheel Sharif was the figurehead behind a widely-lauded crackdown against militancy credited with pushing Islamist extremists to the margins. Many in Pakistan were so grateful—the hashtag #ThankYouRaheelSharif went viral—that some even called for him to launch a military coup.

Critics say rights are being rolled back in the name of defeating terror, pointing to the creation of military courts and the resumption of hangings after a six-year moratorium. But there is no sign of a course correction from military headquarters in Rawalpindi, and Monday’s announcement that Sharif had begun a farewell tour scotched speculation he would extend his three-year tenure, as previous military chiefs have done.

Bajwa will face challenges ranging from an increasingly hostile India to the conflict in Afghanistan, growing links between homegrown militants and Islamic State jihadists, and blowback from a Trump presidency. He will also take control of the military’s uneasy relationship with the civilian government.

The military has been in charge of Pakistan for more than half of its nearly 70-year history. Nawaz Sharif’s administration is embroiled in accusations of corruption and waste, and increasingly finds itself playing second fiddle to a military that is already seen as controlling foreign policy and defense, leading to accusations it is carrying out a “creeping coup.”

A senior security official told AFP on condition of anonymity that the change of command ceremony would happen in Rawalpindi on Nov. 29. “General Raheel Sharif will formally hand over Pakistan Army’s command to his successor, General Qamar Javed Bajwa, on the occasion,” he added.