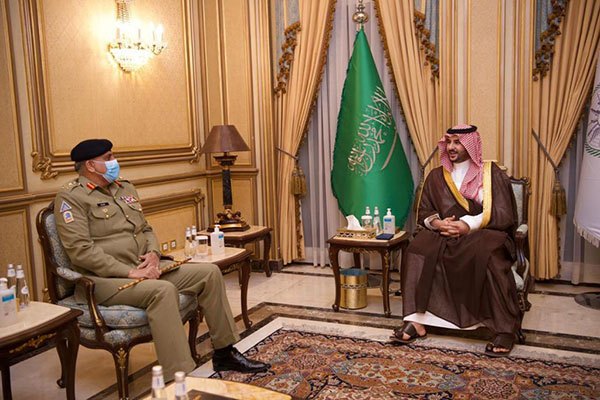 Pakistan Army chief Gen. Qamar Javed Bajwa visited Saudi Arabia on Monday and conducted meetings with his counterpart in the Gulf kingdom, according to a statement issued by the Inter-Services Public Relations (ISPR).

“During the meeting, prospects for military cooperation and ways to support and boost it were reviewed, in addition to matters of common concern,” the Saudi government said in its statement on the meeting.

Gen. Bajwa arrived in Saudi Arabia on Monday morning, with military spokesman Maj. Gen. Babar Iftikhar telling Reuters that the meeting was “pre-planned” mostly focused on “military affairs.” However, the visit has prompted much discussion in Pakistan, as it coincides with strained ties between the two states following Foreign Minister Shah Mehmood Qureshi’s criticism of the Gulf kingdom’s refusal to host an Organization for Islamic Cooperation meeting on India-held Kashmir.