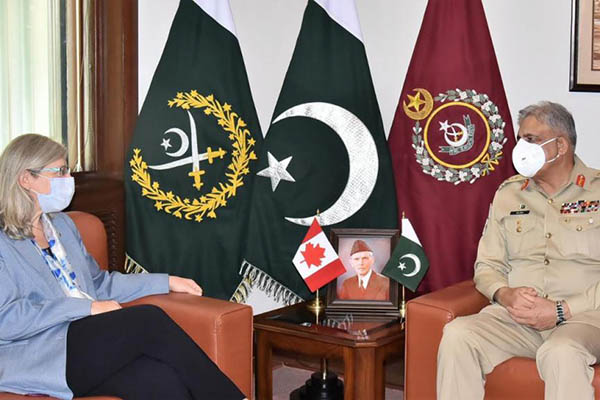 During meeting with Canada’s envoy to Pakistan, Chief of Army Staff stressed on coordinated efforts for economic uplift of Afghans

The international community must coordinate efforts for the economic uplift of the Afghan people, he added during a meeting with Canadian High Commissioner to Pakistan Wendy Gilmour at General Headquarters in Rawalpindi, according to a statement issued by the military’s media wing.

According to the Inter-Services Public Relations (ISPR) statement, matters of mutual interest, bilateral cooperation in various fields, overall regional situation and peace and stability in Afghanistan were discussed during the meeting. It quoted the Chief of Army Staff (COAS) as saying that Pakistan wanted to maintain the tradition of bilateral engagement with Canada, adding that Islamabad wished for an enduring, long-term and multi-domain relationship with Ottawa.

The Canadian envoy, read the statement, appreciated Pakistan’s role in the Afghanistan situation, including during successful evacuation operations. She also pledged to keep working for better relations between the two countries.