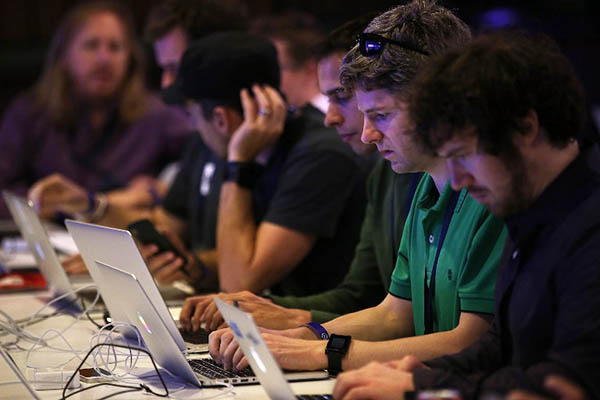 A glimpse into the life of a generation born in the digital age.

Facebook? Of course. Books? Definitely not. Video games? For sure. Sport? No way. Speed? Yes. Patience? Not so much. This, in a nutshell, is the life of the “Generation Z”—independent, stubborn, pragmatic and always in a rush.

Numbering around two billion, these youngsters, born after 1995 and unaware of a world without Internet, live a life that seems a million miles removed from the hopes, dreams and morals of previous generations. They are so hooked into the digital world that some academics have nicknamed them “the mutants.”

Here are a few of the habits of Generation Z:

They want everything, everywhere and immediately. They surf on two screens simultaneously. They don’t mind paying through the nose for the latest smart phone but turn up their nose at paying for a film or a song when you can get that for free online. Aged 13 to 20, they get all the latest trends from social media and find the morals of their elders out-of-date.

Their fashions are those found worldwide over the web: they watch American blockbusters like Hunger Games or Divergent, listen to Korean K-pop and, when they dance, they “twerk.” When they speak, their vocabulary is peppered with acronyms, incomprehensible to those not in the know. “Swag” is the new “cool.” And their new idols are Internet stars, like PewDiePie, who has the world’s most subscribed YouTube channel.

People from Generation Z find it easier to talk online than in person. Their friends on social media are as important to them as their friends in real life but sometimes they do actually meet up in person with these “virtual” pals. More than eight out of 10 are hooked on social networks and more than half of them think that this is where their real social life takes place.

They are on dating websites from the age of 16—sometimes before.

According to U.S. consultancy Sparks and Honey, the average Generation Z-er spends more than three hours a day in front of a screen. They live in constant “FOMO,” fear of missing out. They can’t stand the idea of not being in the loop when something new and exciting comes out.

But it’s not all passive: Generation Z are also putting themselves out there on YouTube or “Vlogging,” hoping to become the next “Fred” (Lucas Cruikshank), who made his name at the grand old age of 13.

Everyone surfs the web while watching the TV and they think that everything is possible with technology. But, they have a short attention span and tend to skim-read rather than read properly, which can lead to difficulty at school.

This is a generation that wants to create their own company—between 50 percent and 72 percent want to run their own start-up. The idea of “business” brings up negative responses: “complicated”, “brutal”, “a jungle.”

They believe success comes from their “network” rather than from qualifications and they prefer a flat organization to a hierarchy at work. They want to succeed and achieve, with 76 percent aiming to make their hobby their job.

These are children of the crisis and it shows in their outlook. Most of them say they are “stressed out” by what they see as a bleak future, especially in terms of economy and environment.

Given the same pay, 25 percent of the Generation Z in France would choose the most “fun” company, 22 percent the most innovative and 21 percent the most ethical. But like any idealistic generation, they want to change the world and love the idea of volunteer work, which a quarter of Americans in their late teens are already doing.