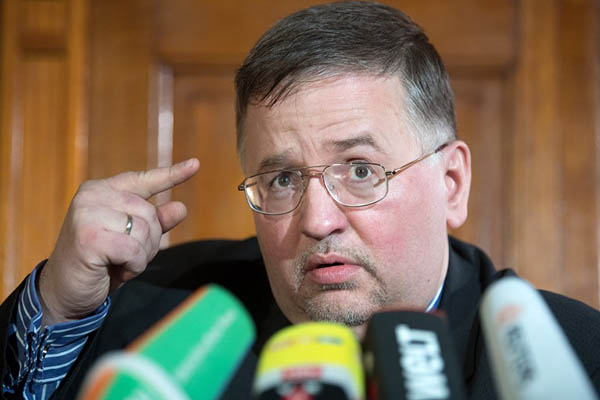 Arthur Wagner says he converted, in part, due to the Protestant church’s ‘moral decline’

A member of Germany’s far-right and anti-Muslim Alternative for Germany party (AfD) who recently converted to Islam has said he did so in protest at what he sees as the “moral decline” of the Protestant church.

Arthur Wagner, 48, until recently a leading party member in the state of Brandenburg, told the Bild newspaper on Wednesday that his decision was in part sparked by the church’s acceptance of same-sex marriage and the presence of priests at gay pride marches.

“One of the reasons [for the conversion] is tied to changes that have taken place in the church, which no longer reflects my values,” he told the daily.

Explaining his decision, he singled out the church’s position “with regard to the AfD, its support for marriage for all and the participation of pastors at Christopher Street Day, where there are children. It’s unacceptable!”

Christopher Street Day is an annual gathering of the LGBT community in several German and Swiss cities. Wagner’s conversion is perhaps all the more surprising given that he formerly held an official position within the Protestant church.

He converted in October but only announced the decision last week, when he quit his leadership role in the AfD, although he remains a party member.

His decision has not gone down well in the party, which is strongly anti-Islam.

One of his local party colleagues, Kai Berger, said he was “very disappointed.”

“Many members are waiting for him to quit the party. Unfortunately our statutes do not allow us to kick him out,” he said.

Wagner told Bild he had received several threats since announcing his decision. “Someone told me I should leave Germany before I start making bombs,” he said.

Wagner later told reporters at an impromptu news conference that he wanted his party colleagues to open up a dialogue with Muslims. “I call on our conservatives and nationalist conservatives: turn on your brains—we have problems, we need to talk to each other,” he said.

He also rejected calls to leave the AfD: “I am staying in my party as a simple little member.”

The AfD came third in Germany’s general elections in September, with nearly 13 percent of the vote.