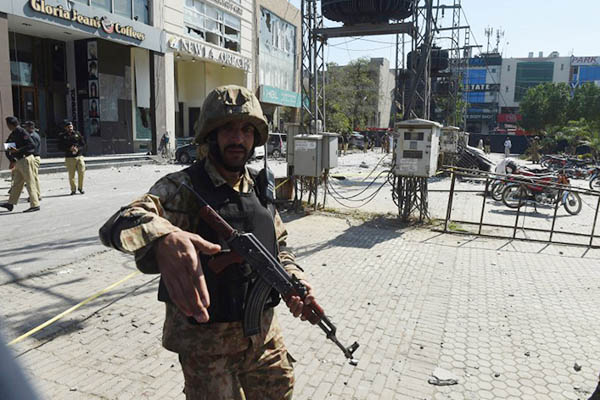 Pakistan’s electronic media is letting its viewers down by abandoning accuracy in favor of immediacy.

It is a pain to watch Pakistani TV channels after a calamity, man-made or natural. There are reasons for this. Let’s list them.

One, TV reporters and newsrooms do not have any training in reporting such incidents/accidents. Two, there’s the desire, as also the compulsion, to race each other for more information. In other words, speed, not verification and credibility, becomes the sole criterion of reporting from the field. Three, lack of training means reporters and newsrooms do not have (a) any checklist/SOPs for their functions and (b) they are unaware of what can or should be reported and in what sequence and what must inform their reports but not put out immediately. Four, I know of no effort by the channels to try and correct this.

Additionally, governments have evolved no mechanism(s) which allows the media to function without hampering the work that must be done to respond to a crisis situation. Put another way, there is no system which helps the responders and the media to function side by side without making each other’s work more difficult.

Reporters want to know what happened. They try to get information in bits and pieces. Officials, as also ministers, begin responding to badly formulated queries before they have the full picture themselves. So, two things happen: the reporters and newscasters start asking questions no one is likely to have immediate answers to and officials start shooting their mouths off at a time when they should be doing more important work.

When, for instance, a bomb blast happens, the first task of the first responders (paramedics/police) is to rescue people and to sanitize the area. The site will have the dead, the injured and the critically injured. The paramedics have to triage. Their most important task is to evacuate the critically injured and, if possible, provide medical aid to the injured. The next step is to remove the bodies. The police’s function is to take control of the area and cordon it off so the CSI team(s) can collect evidence.

This takes its time. Once the area has been sanitized and the dead and the injured removed, the CSI/forensic work begins. It’s that work, often tedious, which determines what has happened. What and who caused the blast? What kind of explosive was used? What was the modus operandi? The blast site, the radius of the blast, the damage it caused, the nature of injuries sustained by those who have died and those who have survived, are facts that are crucial to post-situation investigations.

The point about training is that the media must understand the sequence in which things are happening and should happen. The reports should reflect the sequence. But that doesn’t happen. Instead, we get bedlam and speculations and half-baked analyses. The officials themselves, often, though not always, add to the problem by jumping ahead of the curve.

This must end. The government should work out a mechanism about disseminating information and the manner in which it must be disseminated. There is a simple expedient for it: do not speak to the media until a preliminary picture has emerged with some basic facts. Once such a picture emerges, there should be a presser which should be addressed by the police chief, the rescue services chief and any other relevant officer who is part of investigations. This exercise must be repeated until all the facts have been pieced together and the investigators have the full, final picture about what happened.

Doing this does not involve rocket science. It requires streamlining the process, though, and creating steps that will help the media and the responders to do their work in an organized manner. Case studies from other countries should be examined for not only best practices, but also what to avoid in such situations.

This will not achieve results overnight, especially because the media’s sides are spurred by the ratings game but if done repeatedly it will yield results. The mechanism can be made more effective through workshops for reporters to make them understand the process and instill in them a sense of how things work and what it is that they should be focusing on in the course of doing their duty.

As for the social media space and the terrible, unregulated, irresponsible and often uninformed cacophony created there, I have no answer.