Ghani Nixes Debate with Rival Abdullah Ahead of Election 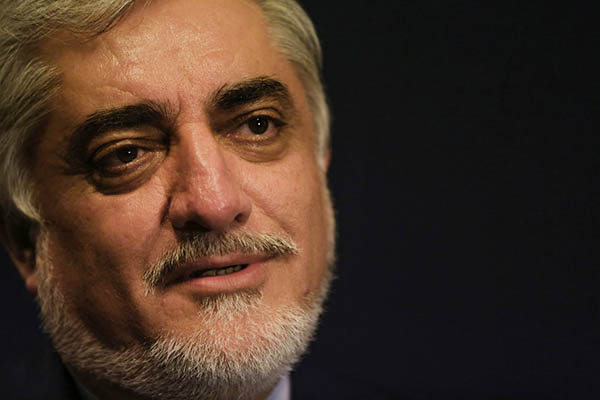 Afghan president backs out of televised debate at the last minute, turning planned debate into a solo interview

Afghan President Ashraf Ghani, who is seeking re-election later this month, on Monday refused at the last minute to take part in a TV debate with his main rival, current chief executive Abdullah Abdullah.

Ghani’s surprise decision came after Abdullah had already taken the stage for the event, which would have been the first debate, broadcast live, before the Sept. 28 polls.

Abdullah stood at a lectern. A second lectern remained empty beside him. The journalist who was to have moderated the debate was left simply to state the obvious: that Ghani did not show up. The debate quickly turned into an interview with Abdullah, who is Ghani’s chief executive under an awkward power-sharing arrangement brokered by the United States after the 2014 election.

“Ghani cannot debate here. This is his first escape—his second escape will happen after the election,” Abdullah said.

A spokesman for Ghani, Shah Hussein Murtazawi, explained the president’s absence by saying: “Abdullah didn’t have a plan to talk about; that is why he didn’t show up.”

Until the debate hiccup, the election campaign has been somewhat lackluster, and relegated to second-tier news behind the state of the talks between the Taliban and the United States.

Abdullah is running for the presidency for a third time, after coming in second place in 2009 and again in 2014. The 2014 election was tainted by irregularities that were serious enough for Ghani to eventually accept the unorthodox power-sharing deal, with the post of chief executive created especially for Abdullah.

The campaign only sparked a bit of interest for the first time last week when U.S. President Donald Trump said talks with the Taliban on a deal for withdrawing U.S. troops from the country were dead. But the security situation in Afghanistan is unstable—insurgent attacks have largely prevented candidates from campaigning on the ground and sparked fears about lower voter turnout.