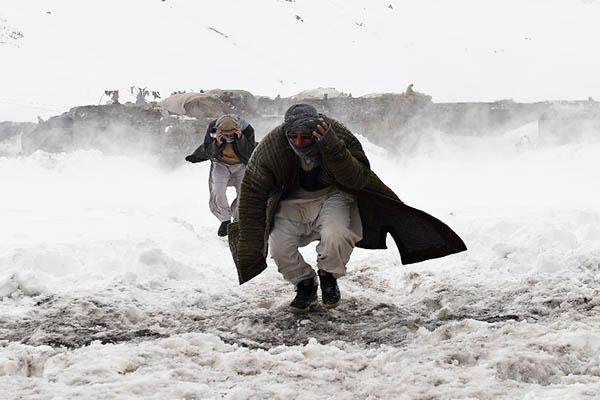 Afghan President Ashraf Ghani Saturday pledged to set up a relief fund for the victims of avalanches that claimed over 280 lives, and called for international help with the relief effort.

Avalanches killed at least 286 people across Afghanistan last week, the bulk of them in the mountainous province of Panjshir. Some 1,250 homes were also destroyed by the huge sheets of snow, which engulfed whole villages as they swept down from the Afghan peaks after days of heavy blizzards.

“The losses caused by this natural disaster are huge and there is a need for massive assistance,” Ghani said in a televised address.

On Saturday, the president announced three days of national mourning after visiting worst-hit Panjshir province, where at least 195 people lost their lives. He also postponed a planned trip to neighboring Iran to try to help with relief efforts. Neighboring Pakistan on Saturday sent two planeloads of emergency relief goods for victims of the disaster.

“I have ordered the relevant authorities to set up a new relief fund, so that the people and the national entrepreneurs can donate to the affected people,” said Ghani. “We also open a relief fund for international assistance. The damages and losses caused are so huge that dealing with it is not something the government can afford on its own,” he said.

The blizzards have also cut power supplies to Kabul and neighboring provinces after heavy snowfall damaged cables running through the Salang Pass, part of the Hindu Kush mountain range that connects the capital to the north. Afghan authorities said it would take them at least three weeks to restore normal power to the capital.

Deadly avalanches are common in Afghanistan’s mountainous areas in winter. One in the remote far northeast in 2012 left 145 people missing, presumed dead.

Despite the billions of dollars in aid from the international community after the collapse of the Taliban in 2001, Afghanistan remains among the world’s poorest nations after decades of conflict.

Rescue efforts after disasters such as avalanches and flash floods, which often hit as snow melt in the spring, are frequently hampered by lack of equipment. Poor infrastructure makes it difficult for rescue teams to reach isolated areas.