Girls Must be Protected at School: UNICEF Chief 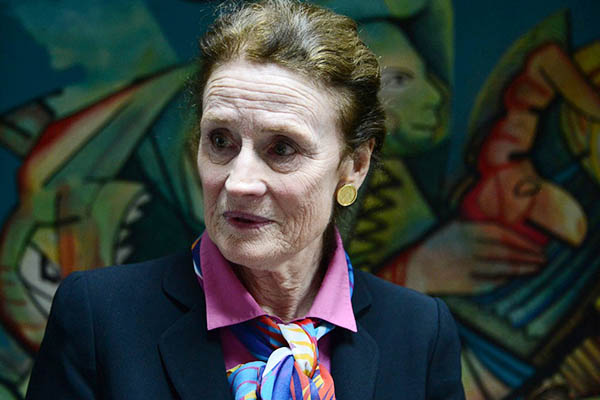 Girls in developing countries must be protected from sexual violence in and around schools, the head of the U.N.’s children fund has said, urging governments to make it a top priority.

Speaking to AFP on the sidelines of a G7 ministerial summit in Paris, UNICEF chief Henrietta Fore said keeping young girls safe was crucial to ensuring their education. “We have a real responsibility to keep violence out of schools… by other students but also by their teachers,” she told AFP in an interview last week.

But sexual assault and violence was also affecting girls on their route to school and when they were going home, she said. “In some countries in Africa, like South Africa where I was recently, some girls… [suffer] sexual violence on their way to and from school,” she said. And it is not an isolated phenomenon, with Human Rights Watch last year flagging up “high levels of sexual and gender-based violence” in Senegal where teachers were coercing girls into sex for money, gifts or good grades.

In 2015, the U.N. set targets aimed at ensuring equal opportunities and ending violence against women and girls by 2030, but last month, gender equality charity “Equal Measures 2030” said it was “failing to deliver.”

Fore also stressed the importance of “a strong commitment” to the education of girls, particularly in places like the African Sahel, a vast area encompassing Burkina Faso, Chad, Mali, Mauritania and Nigeria which has been hit by jihadist violence. “I am hoping they will stand up and make strong commitment [to] backing girls’ education, especially in places that are very hard, like in the Sahel: if girls get a chance there, they will get a chance everywhere.”

Girls, she said, were an enormous asset for the world at large. “Often countries think it’s a lesser asset, but the power of young women in an economy is unmeasurable,” she said.

Some countries didn’t see the value in educating girls, but the numbers told a different story, she said. “Girls can do anything. When women are streaming into the workplace, they are very good at their profession,” she said. “If a government sees that women can become these brilliant innovators in their society, they will want more women to have a chance.”

The Paris summit grouped education and development ministers from wealthy G7 nations—Britain, Canada, Japan, France, Germany, Italy and the U.S.—alongside their counterparts from the Sahel.