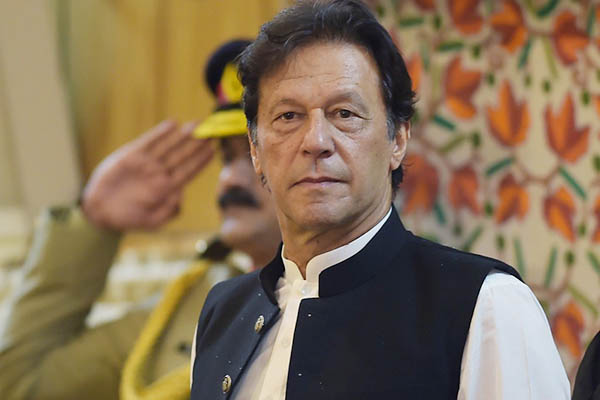 The Afghan people are “very strong” and, if given enough time, they will assert their rights, Prime Minister Imran Khan said in an interview broadcast on Wednesday.

“[Give them] a year, two years, three years,” he told the BBC to a question on how long the Taliban should be given to fulfill their pledges for an inclusive government and equal rights for women. “At the moment, it’s just too early to say anything,” he said, stressing that the Taliban had only been in power for a month after 20 years of conflict.

“I think they will allow women to go to schools … they’ve assured us they’re doing it in phases,” he said, adding that the global community could only hope to “persuade them, encourage them, or incentivize them” in the direction it desired for the war-torn state. “The idea that women should not get educated is just not Islamic,” he emphasized.

Noting that the statements issued by the Taliban since coming into power had been “very encouraging,” he reiterated the international community should give Taliban more time. “They’ve said they will have an inclusive government; they have said that women can work, can have education; they have given amnesty to everyone; their soil won’t be used for terrorism by anyone,” he said. “These are encouraging statements,” he added.

To a question, the prime minister said he was not “approving” how the Taliban were operating, merely what they had said. “What happens now … no one can tell where Afghanistan goes from here,” he added.

The Taliban administration has claimed it is working to reopen high schools for girls—currently girls are only allowed to attend universities or elementary schooling—but have not yet provided a timeframe for this. They have also said that they would be ok with women working, so long as they are restricted to the healthcare, education or government sectors.

During his interview, Khan warned that a failure of the Taliban to form an inclusive government risked a new civil war in Afghanistan. “If they do not include all the factions [in government] sooner or later they will have a civil war. That would mean an unstable, chaotic, Afghanistan and an ideal place for terrorists,” he said.

On recognizing the Taliban government, the prime minister said the decision would be “collective” and outlined the conditions Pakistan desired before it lent legitimacy to the new regime. “All neighbors will get together and see how they progress … whether to recognize them or not will be a collective decision,” he said, adding that the Taliban needed to form an inclusive government, respect human rights, and ensure that Afghanistan’s soil is not used to house terrorists. For this, he reiterated, the world needed to give the Taliban more time.