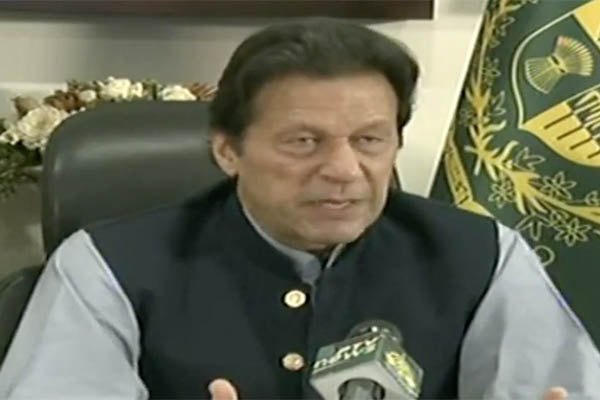 The COVID-19 pandemic is a global issue and it requires a global solution, Prime Minister Imran Khan said on Thursday, as he urged the developed world to unite in helping their developing counterparts emerge from the crisis.

“If developed countries put their minds together and treat this as a global situation, I think we will all come out of it unscathed,” Khan told a virtual High-Level Event on Financing for Development in Era of COVID-19 and Beyond.

Hosted by the prime ministers of Canada and Jamaica and the U.N. secretary general, the event focused on development financing especially in the cash-strapped circumstances that the coronavirus pandemic has left a majority of countries.

“Right now things look bleak, but if we treat it as a global issue the world will come out of it,” Khan said at the virtual moot, as he outlined his views on various ways the global community could unite to address the debts causing financial stress on developing nations.

Summarizing Pakistan’s efforts to curb the spread of the coronavirus, the prime minister said the government had imposed lockdown measures similar to the rest of the world, bringing most of its economy to a standstill. However, he said, in Pakistan a bigger issue was ensuring people did not go hungry due to the movement restrictions, as it left informal laborers without any means of earning a livelihood.

“Unfortunately, we do not have the fiscal space to revive our economy, to look after the most vulnerable section of our society,” said Khan. “Out of a population of 220 million, almost 150 million were counted among the most vulnerable section, including the non-formal sector, daily wagers, weekly wagers, whose families are dependent on them earning money so that they could eat. But the problem was, and the problem is, that we have falling exports and remittances. We had big, ambitious plans to revive our tourism sector, and all this took a nosedive,” he said.

Similarly, said Khan, Pakistan had planned to fight climate change by planting 10 billion trees, but the money for this initiative had been diverted to help deal with the effects of the coronavirus lockdown. Referring to his discussions with the leaders of Ethiopia, Nigeria and Egypt, the prime minister said they were also facing similar problems in providing relief to their citizens.

“I really welcome the G20’s initiative,” he said, referring to a decision to automatically consider all countries under the World Bank’s International Development Association (IDA) to be eligible for debt relief.

Khan had been among the first global leaders to call for debt relief for developing nations after the coronavirus pandemic hit Pakistan—and long before the country had imposed any lockdown. He reiterated this call in April to create fiscal space for developing countries to help them recover from the pandemic and achieve sustainable economic growth.

During his address, he said there were 1.5 billion people in the developed world against six billion in developing nations. “Unless the problem is dealt with holistically as a global problem with global solutions, the world is not going to recover from this recession if the bigger part of the world’s population is wallowing in poverty,” he claimed.

Concluding his address, Khan urged U.N. Secretary General Antonio Guterres and the Canadian and Jamaican prime ministers to “pursue these [listed] initiatives” as it was equally important for the world to unite now, as it had become insular when the pandemic hit.

According to the Ministry of Foreign Affairs, Khan’s invitation to the virtual moot reflected a global recognition of his role as “a sincere spokesman” for developing countries and the timeliness of his call for collective action to overcome debt distress. It claimed, in a statement, that premier’s role in advancing solutions to the issues of debt, liquidity, investment and sustainable development would greatly enhance the prospects for Pakistan and other developing countries to secure international support.