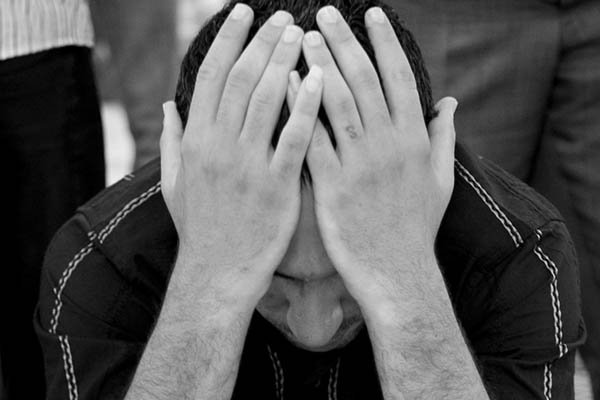 World Health Organization report says drop in productivity due to debilitating disorder has an annual estimated cost of $1 trillion worldwide.

Cases of depression have ballooned almost 20 percent in a decade, making the debilitating disorder linked to suicide the leading cause of disability worldwide, the World Health Organization said on Thursday.

By 2015, the number of people globally living with depression, according to a revised definition, had reached 322 million, up 18.4 percent since 2005, the U.N. agency said. “These new figures are a wake-up call for all countries to rethink their approaches to mental health and to treat it with the urgency that it deserves,” WHO chief Margaret Chan said in a statement.

According to the agency’s definition, depression is more than just a bout of the blues. It is a “persistent sadness and a loss of interest in activities that people normally enjoy, accompanied by an inability to carry out daily activities for two weeks or more.”

Lack of energy, shifts in appetite or sleep patterns, substance abuse, anxiety, feelings of worthlessness and thoughts of self-harm or suicide are also common, and can wreak havoc on entire families. The drop in productivity, and other medical conditions often linked to depression, also takes a financial toll, with the global cost estimated at $1 trillion annually, the WHO said.

Shekhar Saxena, head of the agency’s mental health and substance abuse department, said on Thursday that both psychosocial and medical treatments could be highly effective, insisting on the importance of reaching more of those in need.

Even in the most developed countries, around half of people suffering from depression are not diagnosed or treated, and the percentage soars to between 80 and 90 percent in less developed nations. Treatment can be difficult to access, while a fear of stigma also prevents many people from seeking the help required to live healthy and productive lives, the agency said.

According to the WHO, every dollar invested in improving access to treatment leads to a return of $4 in better health and productivity. And “early identification and treatment of depression is a very effective means of decreasing death by suicide,” Saxena told reporters.

About 800,000 people commit suicide worldwide every year, amounting to one suicide every four seconds. And the link to depression is clear.

Saxena pointed to studies showing that 70 to 80 percent of people who commit suicide in high-income countries, and around half of those who kill themselves in low-income countries, suffer from mental disorders, of which depression is the most common.