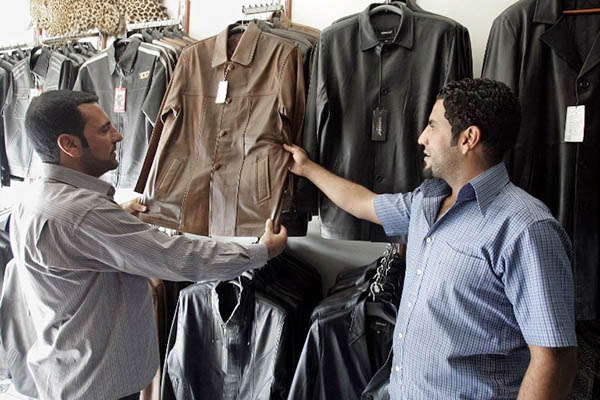 Indian exporters were scrambling on Tuesday to assure global clients like Zara and Giorgio Armani their shipments would arrive despite a government crackdown on cattle slaughter, which threatens the lucrative leather industry.

The government last week declared a nationwide ban on the sale of cattle for slaughter, startling major fashion labels who buy billions of dollars worth of leather from India every year to make high-end shoes, handbags and jackets.

“They’re calling and writing emails and asking what the consequences of this will be, and I don’t know what to tell them,” said Mohammad Zia Nafees, whose Kolkata-based business sells finished leather to Zara and Marks & Spencer for shoes.

The controversial ruling effectively chokes off India’s supply of beef and leather, and industry groups and some states where cow slaughter has previously been permitted have vowed to fight the decree.

India is the world’s second-largest producer of footwear and leather garments and sold $13 billion worth of goods last year—nearly half to clients abroad who are growing skittish, industry groups say. “My family has been working with Radley and Armani for the last few decades and now they’re asking us if we can fulfill our commitments to them,” Imran Ahmed Khan from the Council for Leather Exports told AFP. “The industry is in panic mode at the moment. We have been handed a death certificate by the ruling Modi government.”

Cows are considered sacred by Hindus and the new ban was justified on the grounds of avoiding animal cruelty. But critics have accused the ruling Hindu nationalist Bharatiya Janata Party (BJP) of pursuing a hardline religious agenda.

The BJP has pushed for stronger protections for cows during the leadership of Prime Minister Narendra Modi. There has been a surge in vigilante attacks on cattle handlers and curbs on the meat industry since he took office in 2014.

Industry figures said the latest decree ran counter to Modi’s goal of creating jobs and luring foreign investment, and said retailers could look next door if the disruption continued. Neighboring Bangladesh and Pakistan—both major garment producers—are mainly Muslim and cow slaughter is not an issue.

The industry hopes the ruling—which affects not just cows but the trade in bulls, bullocks, buffaloes, calves and camels—will be rescinded or amended to exclude buffalo, an animal not considered sacred but valued for its leather. The slaughter of cows, as well as the possession or consumption of beef, is banned in most but not all Indian states. Some impose up to life imprisonment for infringements.