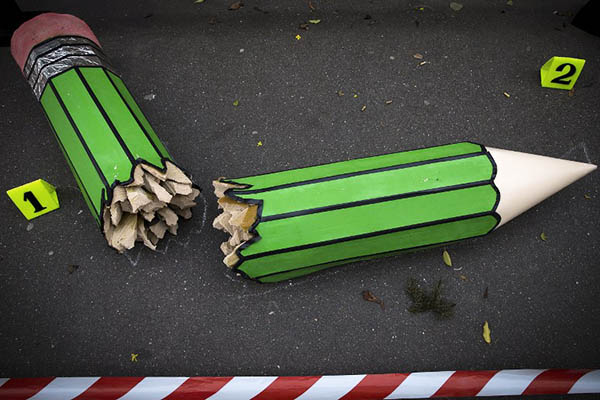 Global press freedom has hit a 13-year low, threatened by U.S. President Donald Trump’s media bashing and restrictions pursued by both democratic and authoritarian governments, a watchdog said on Friday.

Freedom House, a U.S.-based human rights organization, highlighted growing concerns over efforts by governments around the world to clamp down on media and dissent. “Political leaders and other partisan forces in many democracies—including the United States, Poland, the Philippines and South Africa—attacked the credibility of independent media and fact-based journalism, rejecting the traditional watchdog role of the press in free societies,” said Jennifer Dunham, who headed the research.

Friday’s report echoed a similar survey released this week by France-based Reporters Without Borders, which said press freedom is facing serious threats in 72 countries, downgrading the rankings of the United States, Britain and others.

Freedom House said press rights are being eroded by the efforts of politicians in democratic states to shape news coverage and delegitimize media outlets. “When politicians lambaste the media, it encourages their counterparts abroad to do the same,” Freedom House president Michael Abramowitz said.

Press freedom was on a modest decline in the United States even before Trump took office because of the industry’s financial woes and news organizations’ increasingly partisan positions, the report said. But Trump is worsening the situation with his attacks on “fake news” and characterization of the news media as “enemies of the people,” according to Freedom House.

“Such comments suggest a hostility toward the fundamental principles and purposes of press freedom, especially the news media’s role in holding governments to account for their words and actions,” the report said.

The attacks on U.S. media also have the effect of giving authoritarian regimes a green light to crack down on their countries’ independent press, Freedom House added. “A greater danger is that the United States will stop being a model and aspirational standard for other countries,” the report said. “Protection of press freedom in the United States remains vital to the defense and expansion of press freedom worldwide; indeed, it is a cornerstone of global democracy.”

Russia especially is taking advantage of the situation by seeking to manipulate news and social media content in other countries, Freedom House said. “Vladimir Putin’s regime in Russia has been a trailblazer in globalizing state propaganda,” the report said. “It continues to leverage pro-Kremlin reporting around the world, particularly in neighboring countries with Russian-speaking populations.”

The worst scores for press freedom went to North Korea, Turkmenistan and Uzbekistan, and the top scores to Norway, the Netherlands and Sweden. The global average fell to new lows.

Press freedom is also under threat from surveillance laws designed to fight terrorism, the report said. It said Britain, France and Germany have recently passed laws “that tip the balance in favor of eavesdroppers and lack sufficient oversight mechanisms and safeguards against abuse.” China, Ethiopia, Iran and Syria “are among the many staunchly autocratic countries where physical and online monitoring is a fact of life for journalists, intended in part to intimidate the media and suppress critical coverage.”

Countries with sharp declines in press freedom included Turkey, due to increased censorship, crackdowns on independent media and a rise in detentions and violence against journalists. Poland also saw a major drop thanks to “government intolerance toward independent or critical reporting” and restrictions on speech concerning Polish history and identity.

On the positive side, Freedom House cited modest improvements in press freedom in a handful of countries including Afghanistan, Panama, Sri Lanka and Fiji. Dunham said the report “cautiously upgraded” Afghanistan to “partly free” thanks to more diversity in the media but noted that “it remains one of the most dangerous countries for journalists.”