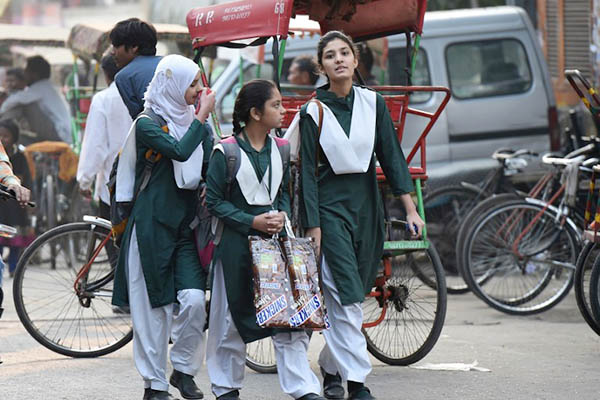 In India, as in Pakistan, there is growing debate on the merits of English as the medium of education.

In a recent speech, Pakistan Tehreek-e-Insaf chief Imran Khan complained that Pakistan must reform its education system from its existing three streams to a singular one. While he was silent about the defects of Urdu-medium schools and madrassahs, he disapproved of private schools with English as medium of instruction from grade one because “they alienated the child from Pakistani culture.”

More revealingly: “In urban areas most schools are English-medium, and in rural areas most are Hindi-medium. In Delhi, except for some government schools, all other schools teach everything like math and science in English; and Hindi is taught as a second language.” Some state-run schools compete with the private sector by offering English as medium of instruction from grade one.

Unlike Khan, India is not particularly upset about English education. While there has been debate over it, as “teaching in the mother tongue” is supposed to aid in learning, the diverse range of “mother tongues” in India makes it a more difficult prospect. In Pakistan, Urdu is the dominant language and regional languages are rarely discussed. But in India, Hindi is not as “universal.” In Tamil Nadu, they don’t even teach “compulsory Hindi” as the third language after English and Tamil. In New Delhi, “Tamil domination” is owed to its English-medium background.

The outsourced language Hindi is shoved in as a compulsory language in CBSE, ICSE schools all over India including Tamil Nadu while the Hindians need not study Indian languages.

Its not correct reporting to state that the outsourced language Hindi is not shoved as a compulsory language. It is.