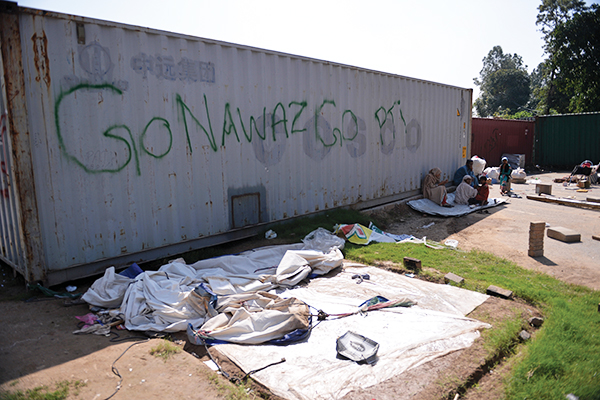 He had vowed to stay put until the resignations of Prime Minister Nawaz Sharif and his brother, Chief Minister Shahbaz Sharif. But, on Oct. 21, PAT’s Dr. Tahir-ul-Qadri announced an end to his Islamabad sit-in, claim-ing it had “achieved its purpose, it has awakened the nation and played its role in the path of revolution.” Qadri will now hold two-day sit-ins in different cities—and travel to Canada, whose nationality he holds, for “medical checkups and fundraising.” Qadri’s cadres had been camping out in the capital since Aug. 14, a constant presence compensating for the daily ebb and nightly flow of ally PTI’s simultaneous sit-in there. For all practical purposes, Qadri appears to have called off the antigovernment movement he hoped would launch him as a Khomeini. This is the whimpered end many had predicted. Let’s see how long PTI’s stamina lasts.