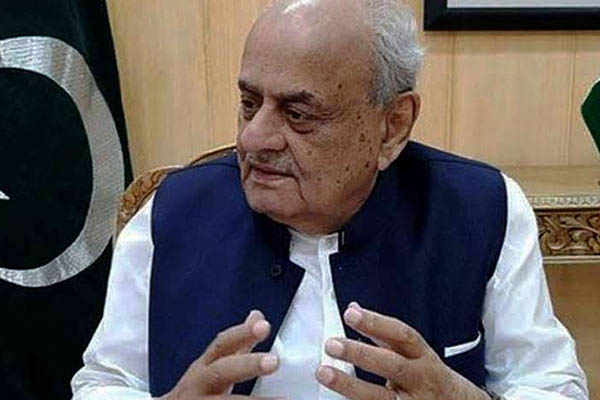 To a question from journalists, Ijaz Shah confirms that the former spokesman of the Pakistani Taliban has escaped custody of security forces

In the first acknowledgement of its kind from the Government of Pakistan, Interior Minister Ijaz Shah on Monday confirmed to journalists that the former spokesman of the Pakistani Taliban, Ehsanullah Ehsan, had escaped the custody of security forces.

To a question from a journalist about reports of Ehsan’s escape from Pakistan, Shah said that he too had read the news. “It is true,” he said, adding that he could verify the news because the state had been made aware of the militant spokesman’s escape.

To a question about what the government was doing about Ehsan, the interior minister said “a lot was being done.” He added: “You will hear good news.”

Reports of Ehsan’s escape from custody in Pakistan started to appear in mid-January but were treated as mere speculation until earlier this month, when the former militant spokesman released an audio message verifying that he and his family had fled Pakistan. In the audio message, Ehsan alleged that he had turned himself into security forces under an “agreement” and claimed he had fled because the armed forces had violated it. He said he would “soon” reveal all to the media.

Local daily The News later reported that Ehsan had fled to Turkey, where his wife and children have also joined him. Prior to Shah’s confirmation of the escape, the government had remained entirely mum about the news.

Has the responsible “security force” been specifically identified or is that na maloom?