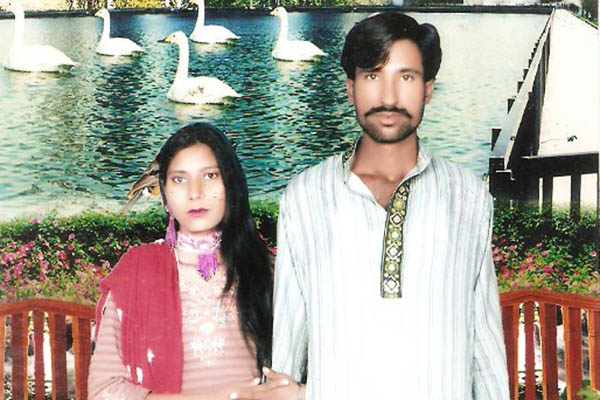 An Anti-Terrorism Court in Lahore has sentenced five men to death for ritually burning a Christian couple accused of desecration of the Quran in 2014. The five include the cleric who exhorted 400 men to attack bonded laborers Shahzad Masih and Shama Bibi after they had been detained at their workplace. The couple was killed and later burned—it remains unclear whether or not they were burnt alive—in a brick kiln furnace.

Justice has been delivered after 2 years and the judiciary’s decision is good news about a bad law pertaining to desecration and blasphemy, which prompts vigilante mobs to kill to achieve piety. Ten years earlier, in 2004, a Christian family was forced to leave Wah Cantonment in northern Punjab after an 11-year-old girl was accused of throwing a copy of the Quran in the garbage. In 2009, the Christian village of Gojra in Toba Tek Singh, Punjab, was ransacked over the alleged desecration of the Quran. The administration stood aside and watched as banned terrorist organization Sipah-e-Sahaba regaled local Muslims to acts of cruelty against fellow Pakistanis. Eight Christians, including four women and a child, were killed in the rioting.

Accusations of blasphemy prompting brutal mob violence are a relatively new trend in Pakistan, resulting from a more hardline interpretation of Islam and the creation of jihadist organizations. It all started in 1997 when a mob, 50,000 strong, of a jihadi militia sacked the village of Shantinagar near Khanewal inhabited by 800 Christian families. It was after this incident that Pakistan’s Christian minority, a gentle 3 million-strong community mostly inhabiting Punjab, started fleeing Pakistan.

The institutionalized discrimination has also bled into other aspects of life. Even as Christian charities that run schools and hospitals take in Muslims for free, poor Christians are often barred from Muslim charities run on zakat.

In 1982, military dictator General Ziaul Haq introduced Section 295-B in the Penal Code of Pakistan, under which “defiling the holy Quran” became punishable by life imprisonment. That law triggered killings that had never happened before.