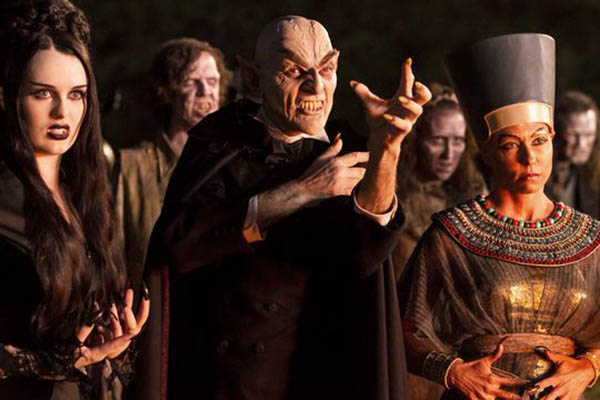 Three of the top five movies debuted this weekend.

Goosebumps, based on the spooky children’s books by R.L. Stine, shot straight in at the top of the North American box office over the weekend, estimates out Sunday showed.

Sony’s action-comedy pulled in $23.5 million in box office revenue on Friday to Sunday on its debut in Canada and the United States, tracker Exhibitor Relations said. The children’s flick knocked The Martian—which brought in $21.5 million in its third week in theaters—off the top spot. The critically acclaimed blockbuster starring Matt Damon as an astronaut stranded on Mars has now made $143.8 million at theaters.

Another new entry was in at number three—Bridge of Spies, with $15.4 million. The well-received drama by Steven Spielberg tells the story of an American lawyer played by Tom Hanks, who is recruited by the CIA during the Cold War to help rescue a pilot held in the Soviet Union.

Rounding out the top five was Hotel Transylvania 2 ($12.3 million), a sequel starring animated ghouls voiced by an all-star cast.

Beasts of No Nation, the first movie produced by Netflix and simultaneously released in both theaters and on its online streaming platform, earned a measly $50,000 from 31 theaters.