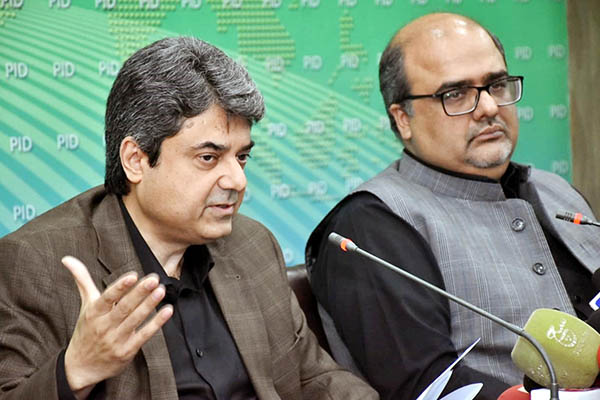 However, the lawmaker told a press conference alongside Special Assistant to the Prime Minister on Accountability Shahzad Akbar, Sharif’s name would only be removed from the Exit Control List if the Sharif family submits an indemnity bond of approximately Rs. 7 billion—Rs. 1.5 billion+£8 million+$25 million.

Sharif’s Pakistan Muslim League (Nawaz) immediately rejected the decision, reiterating its stance that it was biased and a form of retaliatory politics.

During his media interaction, Naseem said the government had taken the decision to allow Sharif permission to travel abroad due to the former prime minister’s critical medical condition. Providing details, he said a verified medical report had confirmed that Sharif had a blood disorder that was repeatedly causing his platelet count to drop to dangerous levels. He also confirmed earlier reports that Sharif had suffered a cardiac episode during his treatment.

“It is now up to them [the Sharifs] how they proceed with this matter,” he said, adding if required Sharif could apply for an extension after the four-week period ends.

In a subsequent statement, PMLN spokesperson Marriyum Aurangzeb slammed the conditional permission as an example of “Imran Khan’s biased attitude and revenge politics.” She reiterated the party’s view that Sharif had already provided surety bonds to court to secure bail and the government could not constitutionally collect any kind of bond.

The PMLN also said that party President Shahbaz Sharif would discuss the situation with senior leaders today (Thursday) and announce their united stance in a subsequent press conference.