Government Committed to Welfare of People of Waziristan: Imran Khan 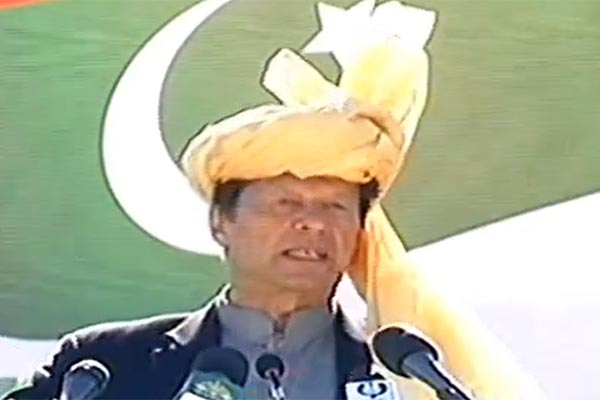 The incumbent government is fully committed to working for the welfare of the people of Waziristan—even if they didn’t vote for the Pakistan Tehreek-e-Insaf, Prime Minister Imran Khan said on Wednesday.

Addressing a check distribution ceremony for successful applicants of the Kamyab Jawan Loan and Youth Internship schemes during a daylong trip to Wana, he lamented that the region had suffered the most in the past two decades due to the war on terror. “We will try to uplift this area and provide the facilities we can,” he said, adding that the government hoped to generate employment by utilizing olive trees, as the area was the best in the country for such flora.

“We have conducted a survey and will start planting trees from next month for the people,” he said, stressing that the employment generated would end the need for people to travel abroad for jobs.

The prime minister noted that approximately 70 percent of the population of Waziristan lived below the poverty line. “This is why we launched programs like Ehsaas, which aims to uplift the impoverished by giving them cash stipends and scholarships,” he said, adding that education was key to ensuring the people of the region will be taken care of.

“We will build schools, colleges and even universities here,” he said, stressing that the intent was for locals to have access to all facilities they required without having to go elsewhere. He said technical colleges were especially needed, as they provided the education that was best suited for employment in Pakistan.

The prime minister said assistance would be provided to the region under the Ehsaas program, adding that the government was considering providing cattle to women to allow them to earn their own income from produce. He said the government would also improve the road infrastructure so farmers could easily take their produce to markets.

On the Kamyab Jawan Program, he said the government would expand its scope and boost its funding from next year so even more low-cost loans could be given to the people.

He also announced that each family in Waziristan would be provided health insurance cards, noting this would allow them to avail treatment at any hospital, with the government covering up to Rs. 700,000 of their cost annually.

The prime minister, to cheers, also announced that the government had decided to make 3G/4G mobile services operational in Waziristan from today (Wednesday). “I know that 3G and 4G is important for education and development … it has been a great and justified demand of the youth,” he said, adding that it was unfortunate that security issues had prevented the government from providing such services earlier.

“[India] is trying its best to spread terror in Pakistan. We know of their efforts to spread chaos in Balochistan … Even in Waziristan, they are trying to instigate the youth against Pakistan. So that is why there was a problem regarding 3G/4G services which terrorists could also use,” he said. “But I have spoken with security agencies and we agreed that we need to be cognizant of terrorists using this facility. Despite this, we also thought that it is the need of our young people and that is why the services will start working from today,” he added.