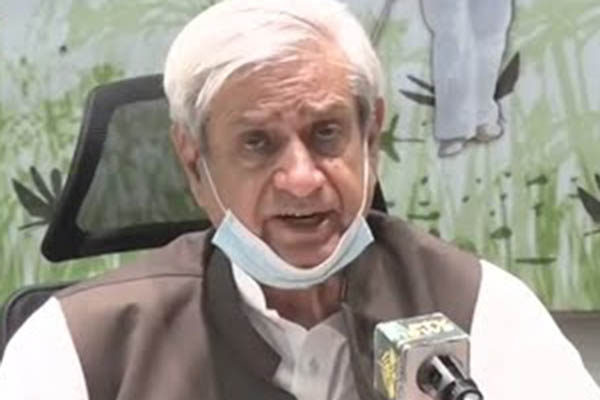 The government has developed and implemented a strategy to combat the threat posed to agriculture by the desert locust invasion currently underway across South Asia, National Food Security and Research Minister Fakhar Imam said on Monday.

Responding to a call-attention notice in the National Assembly, the minister said the government had approved the purchase of six aircraft to spray pesticides over affected areas as part of its anti-locust operation. He said the Pakistan Army had already provided five helicopters for this purpose, and the new additions would support their efforts.

In addition, said Imam, 8,000 officers and enlisted soldiers of the Pakistan Army were working in close coordination with the civil administration in all districts affected by the insects to aid in their eradication.

According to the National Food Security and Research minister, China has donated $4.9 million to Pakistan, as well as pesticides and ground sprayers, to fight the swarms invading the country. He said the government had also engaged 31 entomologists to help it understand the life cycle and behavior patterns of the insects, adding that 31 more would be hired to reinforce ongoing efforts against the locusts.

Imam said locusts had already affected districts in all four provinces of Pakistan, adding that statistics on exact damages incurred had been sought from the provincial administrations.

To a question, Imam said that Punjab has achieved 94 percent wheat procurement thus far, while Sindh 87 percent. He emphasized the need to strengthen the research system in the country to enhance per acre yield of edible crops.