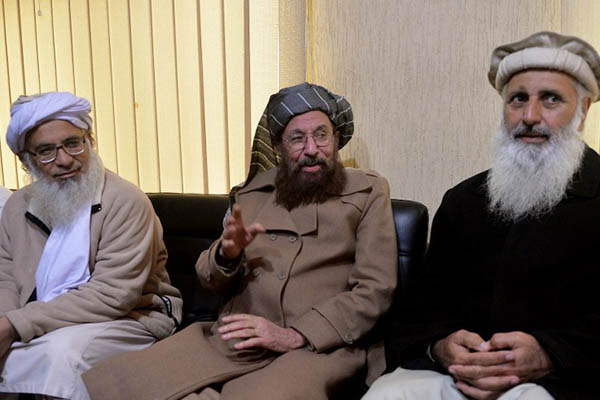 Negotiators for the Pakistani Taliban said Tuesday that government representatives had refused to show up for planned peace talks, citing confusion over the militants’ team.

The two sides had been due to gather in Islamabad at 2:00 p.m. to chart a “roadmap” for talks, amid a surge in militant violence and skepticism about the chances of reaching a negotiated peace. The head of the TTP’s talks committee, cleric Maulana Sami-ul-Haq, said he was disappointed the government team had failed to show up as agreed.

“I received a phone call from Irfan Siddiqui who said confusion still persisted because the composition of the Taliban committee has changed from five to three,” Haq said. Siddiqui is leading the government negotiators. “Citing this reason, he said the government committee could not come.”

Washington has long pressured Pakistan to take action against militants using tribal areas as a base to attack NATO troops across the border in Afghanistan. Talk of a full offensive in North Waziristan rose last month when the air force bombarded suspected Taliban hideouts following two major attacks on military targets. But no operation was launched and critics accused Nawaz Sharif’s government of dithering in response to the resurgent violence. Even before Tuesday’s abortive start, media held out scant hope for the talks.

The TTP has said in the past that it opposes democracy and wants Islamic shariah law imposed throughout Pakistan, while the government has stressed the country’s Constitution must remain paramount.

But Imran Khan declined the offer and Kifayatullah’s party withdrew his name on Monday, complaining they had not been properly consulted over the talks.

Haq urged the government to come to the negotiating table. “We once again invite the government committee to come and talk to us. We will not make anything a point of prestige,” he told reporters. “We believe that the pressure is now growing on the prime minister. He makes sincere offers but later comes under U.S. pressure.”

Haq said on Monday that the TTP had so far made no formal demands for the talks. In the past the militants have called for their prisoners to be released and for Pakistani troops to be pulled out of the seven tribal areas along the Afghan border.