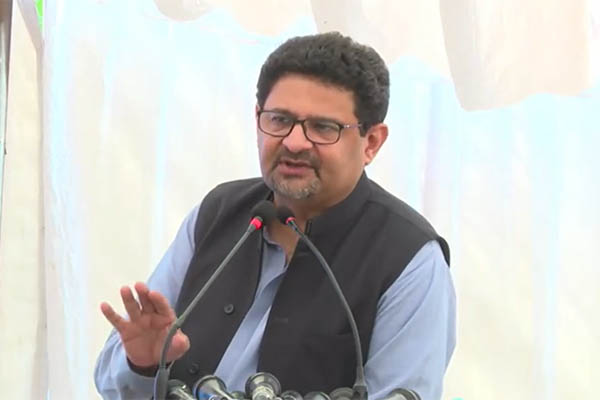 Finance Minister Miftah Ismail on Thursday said the federal government has decided to end an import ban imposed on “non-essential, luxury products” in May, but noted that regulatory duties were being hiked to a degree that will make foreign products a pricier option for consumers.

Addressing a press conference in Islamabad, he said the import ban had been imposed to reduce the country’s import bill in line with the demands of the International Monetary Fund (IMF). Explaining the need for the import ban, he said it had made it easier for the government to purchase essential commodities. “When we have limited dollars, and we have to feed a huge population, our priority must automatically become the people,” he said. “We had to choose between importing cars or wheat—so we imposed the ban on non-essential items,” he added.

A key reason for lifting the import ban, explained Ismail, were international requirements, including demands from the IMF. However, he said, the government had decided to discourage unnecessary imports by imposing regulatory duties up to three times higher than their current levels. “We do not have enough dollars [for non-essential imports],” he stressed. “So I will prioritize cotton, edible oil, wheat and not iPhones or cars,” he said.

According to the finance minister, heavy duties would be imposed completely built-up products such as cars, mobile phones and home appliances, while additional levy would also be charged on imported items such as fish, meat, purses. “If a person wants to import a car, they can do so,” he said. “However, if it cost them Rs. 60 million earlier, it would now cost them closer to Rs. 300-400 million,” he said.

Ismail also stressed that, in accordance with the deal inked with the IMF, the government would no longer provide any unfunded subsidies on electricity.

Referring to the government’s recent withdrawal of a fixed tax on retailers, Ismail said he had agreed to reverse it because of some errors in its implementation. “Even small traders who earns a few thousand rupees a month were coming under its ambit, which should not have happened,” he said. For now, he said, the government had decided to fix a variable tax on retailers—5 percent sales and 7.5 percent income tax—for the next three months. After that period, he claimed, taxes would be imposed on the basis of each shops’ electricity bill.

The government’s decision to withdraw the fixed tax has resulted in a tax revenue shortfall of Rs. 27 billion. The minister explained that the variable tax would ensure Rs. 15 billion of this could still be collected. To meet the shortfall, he said, the government had decided to hike taxes on cigarettes and tobacco products.

“I had proposed imposing additional taxes of Rs. 18 billion on cigarettes,” he said. “However, Prime Minister Shehbaz Sharif said this should be doubled so we would impose Rs. 36 billion in taxes on tobacco products,” he said, adding that tier-2 cigarettes would face a tax hike from Rs. 1,850 to Rs. 2,050, while tier-1 cigarettes would be charged Rs. 6,500 from the current Rs. 5,900. Tobacco tax, he said, was being increased from Rs. 10 to Rs. 380.

The finance minister also confirmed that the IMF’s Executive Board would meet on Aug. 29 to consider Pakistan’s request for the release of a $1.17 billion tranche in its Extended Fund Facility. He emphasized that the government had already fulfilled all prerequisites and a funding gap of $4 billion has been met through the cooperation of “friendly” countries.