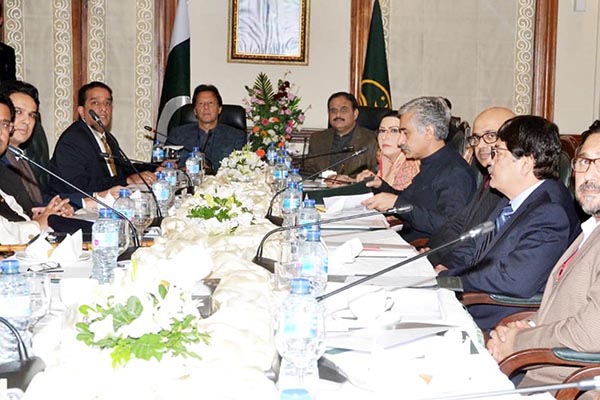 Unveiling the government’s plan to tackle smog and pollution in Pakistan’s major cities, Prime Minister Imran Khan on Saturday claimed it was the first time in the country’s history that a ruling party had taken steps to counter the hazards of pollution, the “silent killer.”

Addressing a press conference in Punjab capital Lahore, which has borne the brunt of smog this year with Amnesty International issuing an ‘urgent action’ call for the city’s residents, Khan blamed vehicular emissions from low-grade fuels for the worst of the environmental pollution. In a bid to combat this, the government has decided to convert low-grade fuel to the Euro4 standard, and start importing Euro5 by the end of 2020. These steps could reduce 90 percent of pollutants in the air, the prime minister claimed.

Khan said local oil refineries would be given three years to convert their fuel technology to ensure the use of higher-grade fuels. He also hailed the government’s previously announced electric vehicle policy, saying this would also help reduce pollution.

During the press conference, the prime minister listed the many factors boosting smog in major metropolises, including public buses running on dirty fuels and spewing hazardous smoke; stubble burning of crops; steel furnaces and brick kilns; and a massive reduction in tree cover in the name of development.

Khan said the government would import machinery worth Rs. 30 billion to help control the issue of stubble burning, adding efforts would be taken to make owners of kilns introduce zigzag furnaces to reduce the pollution from them.

The prime minister said a 60,000-kanal area of land had been identified to establish an “urban forest” in Lahore and its suburbs. He hoped steps like this would have a gradual impact that would eventually be visible to local residents.

Khan admitted the primary cause of concern was Lahore, but noted that other major cities like Karachi, Peshawar and Rawalpindi were also facing environmental challenges that needed to be addressed before they spiraled out of control.

The cricketer-turned-prime minister said the government planned on increasing to 30 the number of air quality monitoring stations in Lahore to ensure it had access to accurate data to formulate future policies.