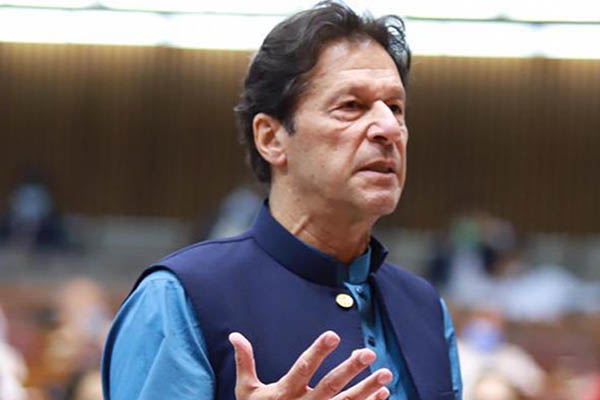 The Pakistan Tehreek-e-Insaf-led government on Friday decided to introduce a National Remittance Loyalty program to facilitate overseas Pakistanis and further incentivize them to boost remittances.

Chairing a meeting on methods to increase foreign remittances, Prime Minister Imran Khan reiterated his stance of overseas Pakistanis being a massive asset to the country. He said that remittances sent by them played an “important role” in ensuring economic stability in Pakistan.

Directing ministries concerned to consider additional incentives for overseas Pakistanis to attract maximum remittances, he said the government was committed to facilitating them and their families, stressing upon the need to evolve a strategy to achieve all economic targets.

The proposed program would be launched in collaboration with the Pakistan International Airlines, Federal Bureau of Revenue, National Database and Registration Authority, State Life Insurance Corporation, Overseas Pakistanis Foundation, Benevolent and Old Age Employees Fund, and other government agencies. The program would include a mobile application for ease of access and overseas Pakistanis associated with this program would receive benefits from the related institutions.

In addition to Khan, the finance minister, the minister for economic affairs, adviser on commerce, and special assistants for national security, revenue and other senior officials also attended the meeting.

The Board of Investment informed the participants that every possible effort was being made by the government to facilitate foreign investment in the country. The State Bank of Pakistan, similarly, apprised them that the government’s policy of extending incentives to overseas Pakistanis was yielding positive results. It noted that around $1.561 billion had been received through the Roshan Digital Accounts in 10 months, adding that there was a consistent increase in inflows.

Adviser to the P.M. on Commerce Abdul Razak Dawood gave a detailed briefing on the potential for growth in exports of various sectors, especially the country’s burgeoning I.T. sector. The Board of Investment, meanwhile, informed the meeting that maximum efforts were underway to facilitate foreign investment and ensure ease-of-doing business.