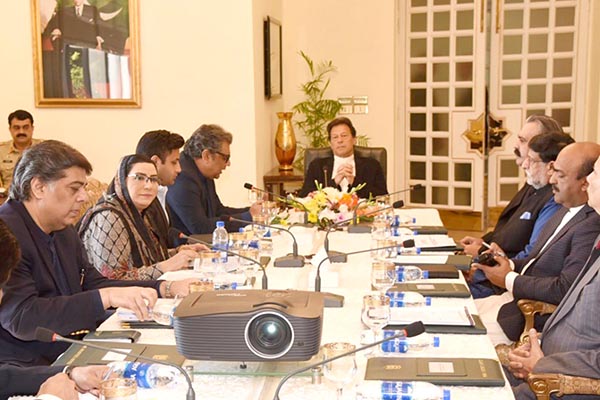 The Pakistan Tehreek-e-Insaf-led government has decided to advertise for sale unused state assets at the Dubai Expo to attract local and foreign investors, with Prime Minister Imran Khan directing authorities to use any proceeds from these to fund public welfare projects.

Presiding over a meeting on the proper utilization of the various properties owned by the government, the prime minister was informed that various ministries had identified 32 properties for privatization. “These unutilized state properties will be marketed at the Dubai Expo to attract foreign and Pakistani investors to buy them,” Privatization Secretary Rizwan Malik told the meeting.

The Dubai Expo 2020 is set to start on Oct. 20, 2020. If the state-owned assets are to be advertised solely there, this means the unused land will remain Pakistan’s property for at least another 11 months.

During the meeting, Malik said that as per the decisions of the federal cabinet, all ministries had identified at least three properties that were not being properly utilized. A total of 32 such properties have been identified, he added. He said a financial adviser had been hired in October to assess the value of these properties and give a final shape to how best to realize their full potential.

Khan likened previous governments’ failure to properly utilize these state assets to “criminal negligence” and warned that strict action would be taken against anyone found to be creating hurdles in the proper identification and utilization of such assets. He said it was unfortunate that so many government institutions operated under annual losses despite owning such valuable real estate.

“The income generated from these lands will be used for public welfare projects such as schools, colleges and hospitals,” said the prime minister.