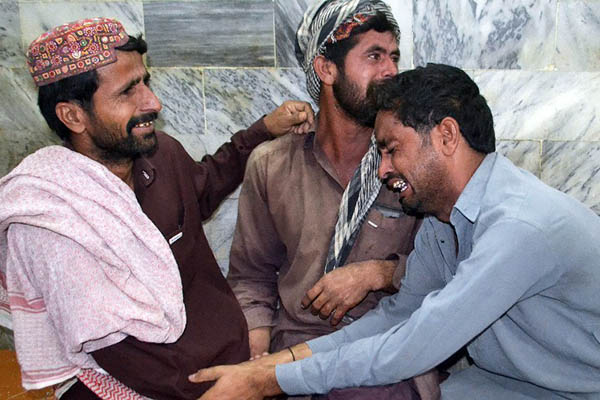 At least three killed, another 10 injured in attack police claim may have targeted Punjabi shop owners.

A hand grenade exploded in a crowded barbershop in Quetta on Wednesday, killing at least three people and wounding 10 others in what police said was probably an ethnically targeted attack.

“Four people riding two motorbikes arrived at the salon on the main double road of the city and lobbed two grenades on the shop,” said Aitezaz Goraya, a senior police official. “One person was killed on the spot while another expired on the way to hospital,” he added.

A hospital official added that a third person died after reaching the emergency ward. “In total, three people have died due to injuries from the grenade attack, 10 others have been wounded,” Rashid Jamali, medical officer at the government hospital, said.

Police said the barbershop was probably attacked because it was owned by Punjabis—Pakistan’s biggest ethnic group which has traditionally dominated the Army, bureaucracy and political parties. “The Punjabi origin of the shop owners may be a reason for the attack. We don’t have any clue at the moment but there is a possibility that Baloch militants have targeted them,” said Goraya.

No group immediately claimed responsibility for the attack but Baloch separatists are active in the area and often attack government forces, installations and people who have settled in Balochistan from Punjab.

Resource-rich Balochistan is home to a long-running separatist conflict that was revived in 2004, with nationalists seeking to stop what they see as the exploitation of the region’s natural resources and alleged rights abuses.