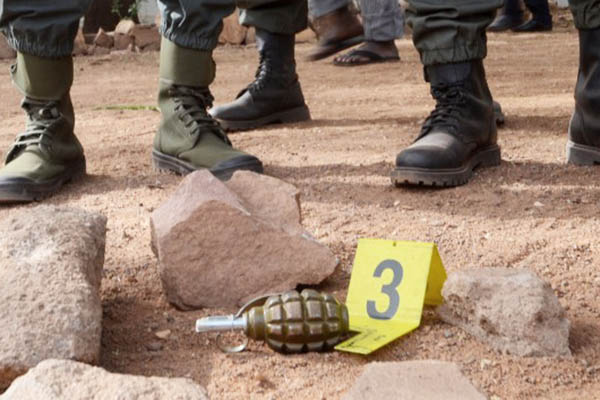 Police say children started playing with grenade after finding it at their school.

A hand grenade exploded on Tuesday, wounding two school children, one critically, as they were playing with it in a remote northwestern village, police said.

The incident took place a primary school in Dhob Darra of Upper Dir valley, where Taliban militants have been active. Two children who came to school early found a grenade lying on the ground. They picked it up and started playing with it before removing its pin, senior police official Zahid Khan told AFP.

One of the children was critically wounded while the other had light injuries, Khan said, adding that police suspect militants had left the grenade there.

Taliban militants stormed a school in Peshawar in December 2014, killing more than 150 people, mostly children, in Pakistan’s deadliest-ever terror attack. Islamist militants opposed to co-education have destroyed hundreds of schools, mostly for girls, in northwest Pakistan, while the shooting of Malala Yousafzai in Swat Valley in 2012 shocked the world.

The Army launched an operation in June 2014 in a bid to wipe out militant bases in the tribal areas and so bring an end to the bloody insurgency that has cost thousands of civilian lives since 2004.