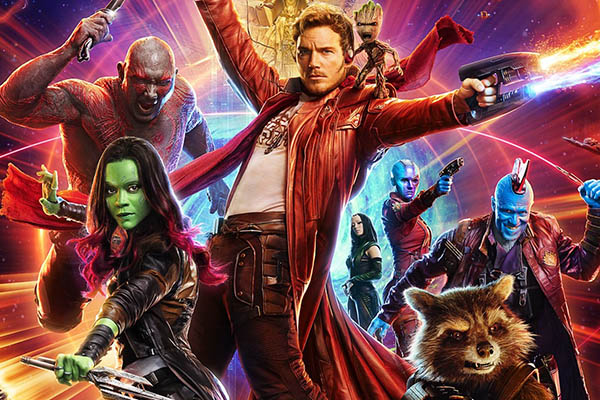 The lighthearted space romp Guardians of the Galaxy Vol. 2 had a massive opening weekend, according to industry estimates on Sunday, selling some $145 million tickets in the United States and Canada after last week’s equally impressive foreign debut.

The Disney/Marvel dramedy about a band of misfit space adventurers—a sequel to the 2014 smash-hit film—accounted for nearly 80 percent of the money hauled in by the 12 top-selling movies over the three-day weekend, industry analyst Exhibitor Relations said.

Analysts said the massive debut, the sixth best for any movie opening in May, appears to signal the arrival of the summer movie bingeing season. Guardians already debuted in foreign markets last week, taking in $106 million, according to BoxOfficeMojo.com.

The breathtaking showing by Guardians ended the reign of The Fate of the Furious, this week’s box office runner-up. Furious sold $8.5 million in tickets in the fourth week of a lucrative run, which saw it surpass the one-billion-dollar mark worldwide.

Third place went to The Boss Baby, with $6.2 million in receipts. The tale of rivalry between infants and puppies features Alec Baldwin as the voice of the tie-wearing baby-in-chief. In fourth was Pantelion’s How to be a Latin Lover, a comedy starring Salma Hayek, Rob Lowe, Kristen Bell and Mexican actor Eugenio Derbez, with $5.3 million in ticket sales.

The Disney blockbuster Beauty and the Beast, starring Emma Watson and Dan Stevens, hauled in another $4.9 million, taking it to nearly half a billion dollars in ticket sales in North America during its two-month run.