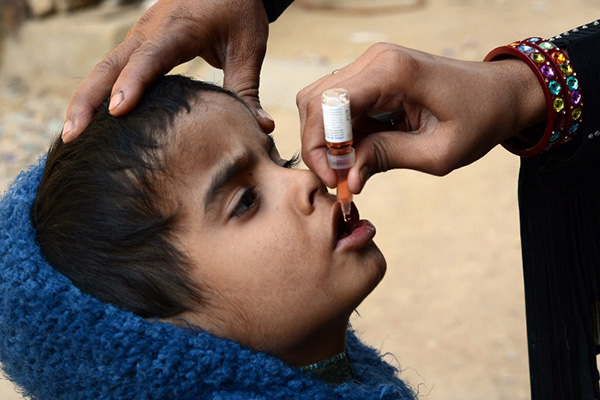 The attackers opened fire as the team was going to administer polio drops in Kalam town in Bajaur, one of the seven tribal areas along the Afghan border, local administration official Suhail Ahmed Khan said. “One tribal police official, who had been escorting the team, died in the attack,” he said. Kalam is barely two kilometers from the Afghan border.

There was no immediate report of any other casualties, he said, adding that the attackers managed to escape. A security official also confirmed the death.

Pakistan, Afghanistan, and Nigeria are the only countries where polio is endemic. Polio cases in Pakistan hit 198 in 2011, the highest figure for more than a decade and the most of any country in the world, according to the U.N. Health officials said the current campaign involved some 624 teams working to inoculate 223,570 children under 5 against the crippling disease in Bajaur.

No female worker is participating in the vaccination campaign after attacks on polio teams across the country over the past few months killed more than 20 people.

No one has claimed responsibility for the killings, but Pakistan’s tribal areas are a haven for Taliban and Al Qaeda linked militants. Last year Tehreek-e-Taliban Pakistan, the umbrella Taliban faction, banned polio vaccinations in the tribal region of Waziristan, alleging the campaign was a cover for espionage.

Rumors about vaccines being a plot to sterilize Muslims have also dogged efforts to tackle the highly infectious disease.

In December, gunmen killed nine health workers carrying out polio vaccinations in Karachi and the northwest.