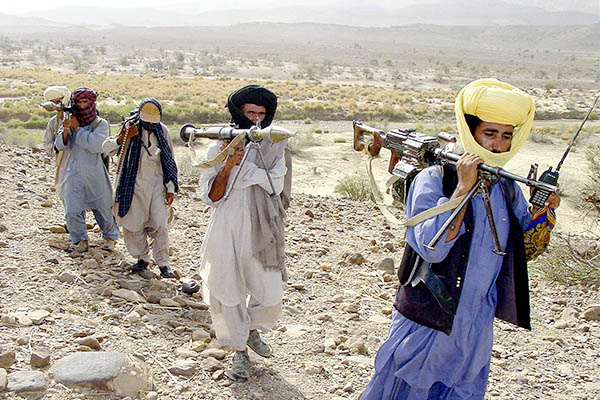 The owner of targeted stone-crushing plant in Santsar is still missing.

The attack happened at a stone-crushing plant at Santsar, around 70 kilometers north of the Gwadar port.

“Gunmen came during the night and attacked. They set fire to machinery at the plant, kidnapped the owner and three laborers,” said local official Dostain Baloch. “They took away all of them and later on, during the night, they killed the three laborers and discarded their bodies. The owner is still with them,” he added. Another local official, Mohammed Akbar, and Mohammed Omar, the partner of the kidnapped owner, confirmed the attack.

Pakistan’s southwestern Balochistan province is believed to have substantial oil and gas reserves, but is beset by a separatist insurgency and surging attacks on the Shia Muslim minority.

The province also suffers from Islamist violence and a decade-long insurgency by Baloch nationalists sees them want greater autonomy and a larger share of oil and gas revenues.

Pakistan has approved the transfer of Gwadar from Singapore’s PSA International to the state-owned China Overseas Port Holdings Limited. The Pakistanis pitched the deal as an energy and trade corridor that would connect China to the Arabian Sea and Strait of Hormuz, a gateway for a third of the world’s traded oil, overland through an expanded Karakoram Highway.

Balochistan is the victim of its tribal democracy, where election to the public office means misuse of power & exchequer money. The public representatives are mostly the Sardars of tribes who maintain their power through gun and exchequer money supplemented by crimes, thefts, kidnapping for ransom, car lifting and running parallel courts.