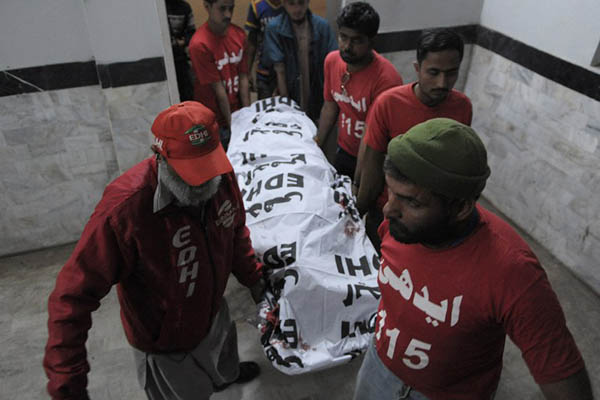 Six men on motorcycles stormed into the house of a faith healer, killing eight and injuring 12 others.

Gunmen in Karachi shot dead on Sunday eight people, including an eight-year-old girl at a faith healer’s house, police and doctors said.

At least 12 others were also wounded in the shooting at Baldia Town, a low-income Karachi neighborhood, as dozens of people waited for their turn to see the faith healer. “Six gunmen on three motorcycles stormed into the house and started indiscriminate firing,” said senior police official Irfan Baloch. “At least eight people were killed and 12 others were wounded,” he said, adding that the dead included an eight-year-old girl and her father.

The assailants fired 9mm pistols, a weapon used in a spate of targeted killings in the restive city, he added. No group has yet claimed responsibility for the attack.

Faith healer Pir Meharban Shah, who provides spiritual healing services, received a bullet wound to his abdomen and said he had not received any threats prior to the attack. There was a power outage in the area when the attackers entered the house shortly after dark and started firing, he added.