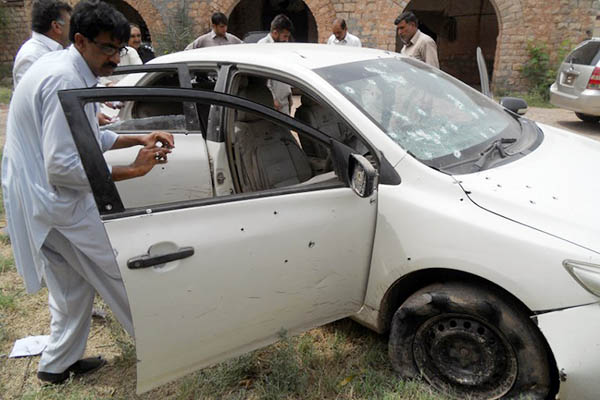 No group has claimed responsibility for attack on duty officers

A second police official in Kohat said the attackers fled during the darkness.

No group has yet claimed responsibility.

Violence across Pakistan has declined in recent years following a series of military offensives against insurgents in the northwestern border areas. But the remnants of militant groups are still able to carry out periodic bloody attacks, particularly in the northwest.