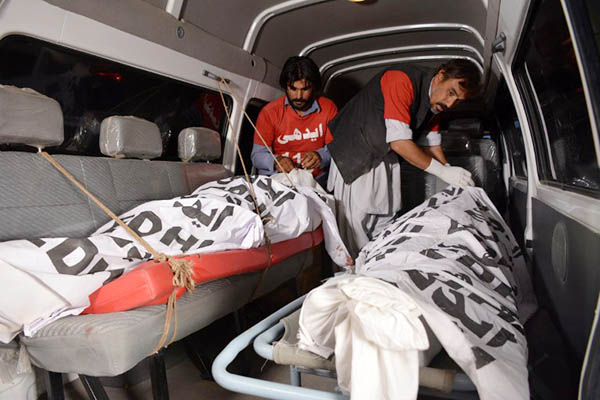 Unknown gunmen shot dead six laborers in a remote Balochistan town, officials said on Friday, in the latest bout of violence to rock the restive region.

The murders took place overnight in Lajjey, about 170 kilometers southwest of Balochistan capital Quetta, where Islamist militants, including the Taliban, and ethnic Baloch separatists are active.

The laborers, from eastern Punjab province, were working on a mobile tower and were sleeping in tents at the site when the gunmen attacked, Ghilzai said, adding that “it appeared to be an act of terror.”

No group has claimed responsibility for the killings, but Balochistan is home to a long-running ethnic Baloch insurgency aimed at seeking greater control over the province’s abundant mineral resources. Separatist militants have previously targeted ethnic Punjabi and Sindhi laborers, who are largely considered outsiders in many parts of the province and viewed with deep suspicion.

Hundreds of soldiers and militants have been killed since the insurgency flared up in the mid-2000s.

Pakistan also regularly accuses its eastern neighbor India of funding and arming the separatist insurgents—a charge some analysts say is payback for Pakistan’s alleged backing of separatists in the India-administered part of the Kashmir region.