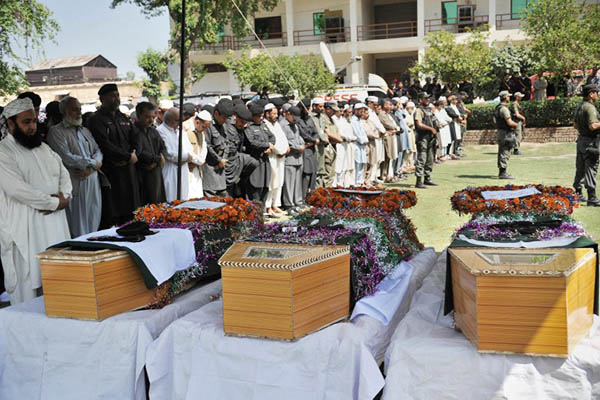 He said the attackers escaped.

The Commandant of the Frontier Constabulary, Liaqat Khan, also confirmed the incident and casualties. No one immediately claimed responsibility for the attack. But the Pakistani Taliban regularly target military and civilian installations as part of an insurgency, which has claimed tens of thousands of lives.