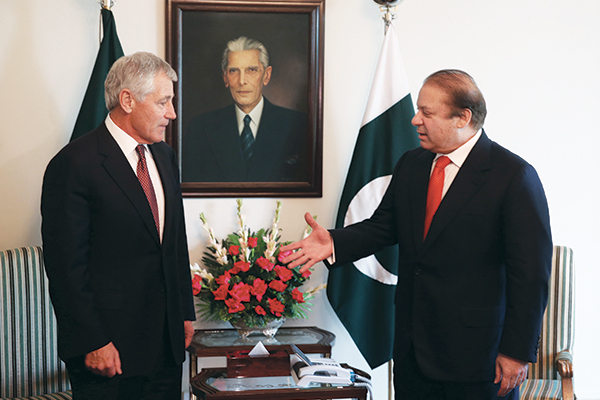 During his recent visit to Pakistan, U.S. Defense Secretary Chuck Hagel made one thing very clear: if the Nawaz Sharif government is unable to guarantee the safe passage of NATO supplies through Pakistan, the country risks losing some $1 billion in U.S. aid. NATO suspended most of its traffic through Pakistan after vigilantes from Imran Khan’s Pakistan Tehreek-e-Insaf, which leads the coalition government in Khyber-Pakhtunkhwa province, began conducting illegal stop-and-search operations in response to continuing U.S. drone strikes against Al Qaeda and Taliban terrorists. PTI says the strikes kill innocent civilians and breach Pakistan’s sovereignty. Sharif’s own party feels the same way, but—in an indication that it sees some good in drones—has not lapsed into vigilantism. Prime Minister Sharif assured Hagel of his support, but also reiterated Pakistan’s official position on drone strikes, that these are “counterproductive.” Meanwhile, the PTI is crowing about its “tactical victory” in forcing the NATO suspension. The celebrations will last only until the next drone strike.