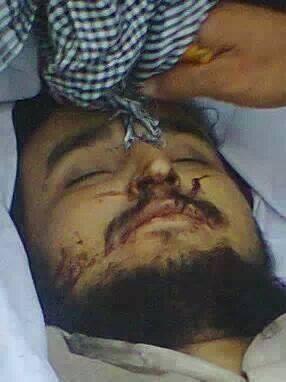 Hakimullah Mehsud is dead. The Tehreek-e-Taliban Pakistan chief was killed on Nov. 1 outside his house in North Waziristan by a U.S. drone. Mehsud had survived previous attempts on his life, thrice. This time, confirmation came through a photograph (above) posted on a Facebook page dedicated to a Pakistan Tehreek-e-Insaf party official killed by the Taliban. Photos of Osama bin Laden had gone viral after his killing in May 2011, but these were discovered to have been doctored. This photograph, however, is real. The Pakistani Taliban have confirmed it. They also have videos and more photos of Mehsud’s corpse and final rites, which they say they will release at “an appropriate time.”