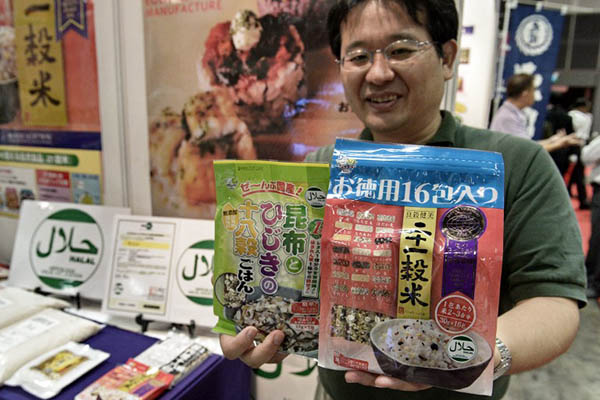 The halal economy is set to grow as the world’s Muslim population expands and more products are certified to comply with Islamic sharia law, experts said on Tuesday.

The range of halal products, from goods not containing pork or alcohol to financial and tourism services, is rising as the global Muslim population grows.

“They are growing because we are increasing by 2.5 to 3 percent every year. Islam is the fastest growing religion,” said Muhammad Chaudry, president of the Islamic Food and Nutrition Council of America. He said many products that were sharia-compliant by nature are now being certified as halal, contributing to the increase in the size of the halal economy.

“When we talk about the halal economy growing by 20 percent, it is the conversion from indiscriminate we-don’t-know-what’s-in-it economy to a definitely halal-certified economy,” he said at an Islamic economy forum in Dubai.

The rising demand for halal products has seen businesses, restaurants and hotels across the world cater for the needs of Muslim clients, Chaudry said. “Halal is a lifestyle. Countries like Japan and Korea are taking the lead to convert their restaurants and hotels into halal-friendly so they can attract more tourists from Muslim countries,” he said. “Halal is a global entity. We are looking at 1.8 billion consumers,” he said, referring to an estimate of the world’s Muslim population.

The head of the Emirates Authority for Standardization and Metrology, Abdulla al-Muaini, said the Muslim population, expected to reach 2.2 billion in 2030, is a “core market” for halal products. He said the Organization of Islamic Cooperation values the global halal sector at $2.3 trillion.

“Halal industry is expected to be one of the steady growing sectors across the global economy,” he said.