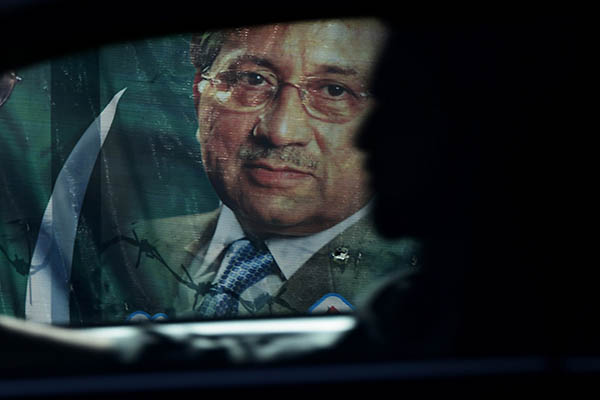 A special court that found former Army chief Pervez Musharraf guilty of high treason and sentenced him to death issued on Thursday its detailed verdict in the case, with directions to authorities to hang his corpse at D-Chowk in Islamabad for three days if he was not captured alive.

The 150-page document summarizes the case proceedings and offers the judgment of the two-member majority—Justice Waqar Ahmad Seth of the Peshawar High Court and Justice Shahid Karim of the Lahore High Court—and the dissenting note of Justice Nazar Akbar of the Sindh High Court.

The detailed verdict mollifies some concerns over the fairness of the trial forwarded by the Pakistan Tehreek-e-Insaf-led government, the armed forces, and Musharraf, but it also adds details that have raised fresh concerns among observers and rights activists.

The verdict states that Musharraf’s crime of high treason is defined under Article 6 of the Constitution, while its punished is prescribed under Section 2 of the High Treason (Punishment) Act, 1973. It says the case was lodged before the Supreme Court through the Interior Secretary on the direction of the federal government led by then-Prime Minister Nawaz Sharif—this was a point of contention for the PTI, which had said the case could not be filed without direct authority of the prime minister or president.

It states that Musharraf appeared before the court on Feb. 18, 2014, where a list of formal charges related to the 2007 emergency and the abrogation of the Constitution was read out to him. “The accused professed innocence on all 5 counts and claimed trial,” it added.

The judgment also comments on the incumbent government’s desire to include any abettors of Musharraf’s actions as co-accused in the case. It said that “the role of ‘any person’ as an aider or abettor of accused may be properly investigated and that all such persons may be provided ‘full opportunity of hearing’ by the investigating agency.” It says that Musharraf was granted several opportunities to appear before the court to record his statement, but his failure to do so had prompted the court to declare him a “fugitive from law” on July 12, 2016. It notes that on March 31, 2017, the accused had submitted that he was willing to appear in court but had threats to his life and needed security from the Ministry of Defense to be able to return to Pakistan from Dubai, where he had gone to seek medical treatment.

On Aug. 20, 2018, it adds, the accused again failed to appear before court despite the issuance of a non-bailable arrest warrant, and was then declared a “proclaimed offender” The court notes that it was willing to consider alternate means to record Musharraf’s statement—including via Skype or a special commission—but his counsel contended on May 2, 2019, that this was not necessary as the accused intended to appear before court and record his statement. It said that on April 1, 2019, the Supreme Court had already issued an order saying once a trial has begin, it shall not be adjourned due to the absence of a person, even for illness. The top court’s ruling directed that so long as the accused had adequate representation, their personal statement did not need to be recorded. Thus, the court appointed Raza Bashir as the counsel for defense at state expenses.

It said that on Dec. 17, 2019, the day the verdict was announced, the prosecution sought to include former prime minister Shaukat Aziz, former federal law minister Zahid Hamid, and former Justice Abdul Hameed Dogar as co-accused of aiding and abetting. However, it adds, proper procedure was not followed for this submission, and that the approval of the cabinet had not been obtained. “In nutshell, all applications are meritless, motivated with the ulterior motive of further delaying the complaint; having no nexus with justice, equity and fair trial, thus stands dismissed in case these are not returned,” it added.

The court notes that “it is patent by the act and conduct of the accused facing trial, that he has persistently and stubbornly strived ever since the commencement of this trial, to delay, retract and in fact evade it.”

According to the judgment, Musharraf has not denied imposing emergency but has instead sought to advance a two-fold plea: (i) That there were circumstances justifying his actions, and (ii) That it was not a voluntary act, but instead one advised to him by key state institutions. It says the first defense is considered null as it evokes the ‘doctrine of necessity’ that the Supreme Court has already “buried.” The second defense, it notes, was already decided by the Supreme Court, which found the accused alone responsible for the crime of abrogating the Constitution.

It says the complainant failed to include the accused’s abettors, but notes that all those, if found guilty, would likewise be guilty of high treason and should be punished accordingly. “Unfortunately the cronies of the accused has been left freed till date,” it says, echoing concerns from observers that Musharraf had been singled out for the abrogation of the Constitution. It also notes the legal definition of “high treason,” saying it has been clearly delineated in Article 6 of the Constitution as to mean… “abrogates or subverts or suspends or holds in abeyance or attempts or conspires to abrogate or subvert or suspend or hold in abeyance, the Constitution by use of force or show of force or by any other unconstitutional means shall be guilty of high treason.” It accepts that the 18th Amendment altered Article 6 after Musharraf had imposed the state of emergency, but adds that since his actions in 2007 were considered to have left Pakistan with no Constitution for some span, as he replaced it with a PCO, he would still be found to have subverted it.

Finally, coming to the punishment, the verdict authored by Justice Seth notes “we are of the considered view that accused in this high treason case has been afforded more than his due share of fair trial.” It says the “convict be therefore hanged by his neck till he dies on each count as per charge.” It adds, chillingly: “We direct the Law Enforcement Agencies to strive their level best to apprehend the fugitive/convict and to ensure that the punishment is inflicted as per law and if found dead, his corpse be dragged to the D-Chowk, Islamabad, Pakistan and be hanged for 3 days.”

Justice Shahid Karim assented to the judgment, but said he differed with the punishment prescribed by Justice Seth. He said that it was unfortunate that no trials of treason had been successfully prosecuted in the past, thereby allowing dictators to run amok in the country on several occasions. However, he notes that the punishment prescribed by Justice Seth “has no basis in law and will be ultra vires for this Court to do so. In my opinion, it is enough to sentence the accused to death.”

In his opposition to the view of the majority, Justice Akbar, meanwhile, said that Article 6 of the Constitution had introduced the definition of treason via the 18th Amendment on April 20, 2010, while the crimes in question had occurred in 2007. “One cannot conclude that the emergency of Nov. 3, 2007 was ‘subversion’ or ‘abrogation’ of the Constitution. Neither the Constitution was replaced by any Legal Framework Order nor even the basic structure of the Constitution has been changed.”

This is a landmark historical and an excellent verdict given bravely and courageously only for the sake of justice, truth, and the law, honestly and lawfully. The judges need a salute for their decision, the like of which should have been given long ago to save the country from military criminal dictators. Hanging the dead body if the convict is dead before the punishment is given, is an exemplary punishment as given to General Cromwell’s dead body in England which assured no military treason and rule there. Similarly, no military rule can ever be imposed in Pakistan if this punishment is carried out.

I’m opposed to the death sentence but support the verdict. The courts should go further and define each usurpation of power as an act of high treason; Musharraf in 1999, Zia in 1977, Bhutto in 1971, Ayub Khan in 1958. All four were traitors that caused immense damage to Pakistan.

I support your words but I am not sure whether a court or a legislative body would be the appropriate body to define usurpation of the authority of legitimate civilian institutions and also the penalties that such a crime must incur.

The shocking 18 word non operative observations of Judge Seth notwithstanding it is a good verdict.
Those unlawful, uncivilised words must not be allowed to stand on appeal. The remainder of the document deserves praise.