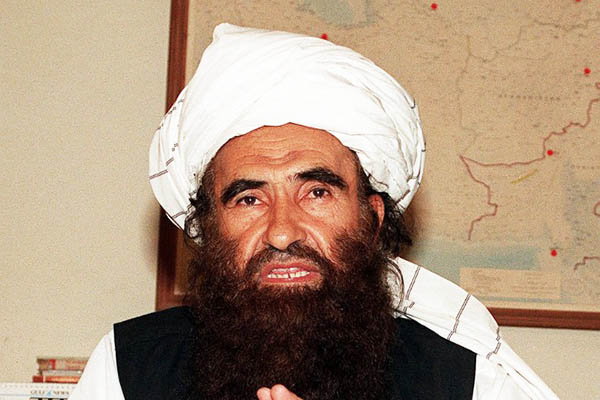 Afghanistan’s Haqqani network posted a statement on Sunday backing the appointment of Taliban leader Mullah Akhtar Mansour whose legitimacy has been challenged internally.

The statement was posted on the Taliban’s website quoting its founder Jalaluddin Haqqani, a day after the insurgents denied Pakistani media reports that the infamous militant, believed to be in his 70s, had died.

Mansour was appointed on Friday after the death of Taliban founder Mullah Mohammed Omar was confirmed by the group on Thursday, sparking fissures within the movement as some insurgents questioned the selection process. He has powerful rivals within the Taliban who are strongly opposed to peace talks with the Afghan government, while some are unhappy at the thought he may have deceived them for more than a year about Omar’s death.

“We are sure that the new leader Mullah Akhtar Mohammad Mansour is appointed with complete legitimacy and after due consultation and he is the most suitable successor of … the late Mullah Mohammad Omar Mujahid,” the statement from the Haqqani group, which is allied to the Taliban, said. “We fully recommend to all the senior and junior in-charge ranks of the Islamic Emirate to pledge their allegiance with him and to fully obey him. Rest assured on my personal behalf and on the behalf of our mujahideen that we will follow him as we have obeyed the late Amir-ul-Momineen [Mullah Omar],” it added.

Formed 30 years ago to counter the Soviet invasion in the 80s, the notorious Haqqani network is blamed for some of the deadliest attacks in Afghanistan. These include the Indian embassy bombing and the attack on Kabul Serena Hotel in 2008, and the 2009 coordinated attacks on the Afghan justice ministry. The network is present both in its stronghold in eastern Afghanistan and in the tribal districts of North Waziristan in Pakistan.

During the last decade, Jalaluddin vanished from the militancy front and transferred the management of his empire to his son, Sirajuddin.

Mansour’s two newly named deputies are Sirajuddin—who has a $10 million U.S. bounty on his head—and Haibatullah Akhundzada, former head of the Taliban courts.