Hardliners Call for Protests as Bibi Expected to Leave Pakistan 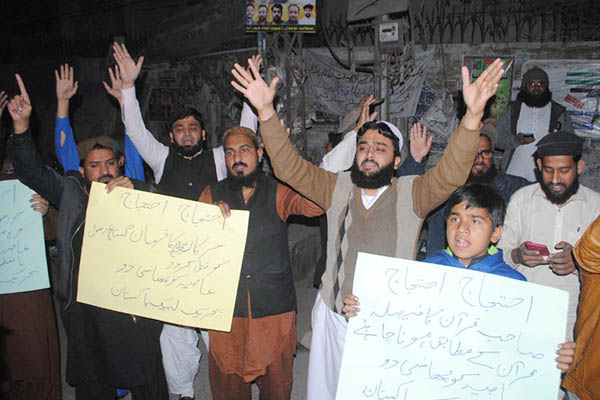 Religious hardliners called on Wednesday for protests as Aasia Bibi, the Christian woman at the center of a years-long blasphemy row, was expected to leave Pakistan, having cleared a last legal hurdle.

Although no protesters had yet gathered, a heavy contingent of police could be seen on Wednesday at a junction connecting Islamabad with neighboring Rawalpindi, where an anti-blasphemy sit-in in 2017 paralyzed the capital for weeks.

Calls for demonstrations came hours after the Supreme Court upheld its earlier decision to acquit Bibi in a case that drew worldwide attention to religious extremism in Pakistan. Small demonstrations were held in some cities late Tuesday, but the leaders of the Tehreek-e-Labaik party—the Islamist group which has led the protests—were detained weeks ago in a government crackdown.

“We cannot compromise on the honor of [Islam’s] Prophet,” the group said in a statement released late Tuesday, calling on its supporters to demonstrate. “Muslims, today is the time, and if you don’t wake up today … then wait for your death and your tears, because then you and your generations will be weeping.”

Bibi, a laborer from central Punjab province, was convicted of blasphemy in 2010 and was on death row until her acquittal last year. She has been in protective custody since, and the government has refused to reveal her whereabouts for fear of her being targeted by vigilantes.

On Tuesday the Supreme Court threw out a petition seeking a final appeal in the case. “Is this the face of Islam that we want to show to the world?” Chief Justice Asif Saeed Khosa asked a packed courtroom in Islamabad as he delivered the decision, expressing frustration at the furious reaction by an extremist minority.

The ruling has set the stage for Bibi to finally leave the country. Speculation is rampant that she will seek asylum in a North American or European country, and unconfirmed reports suggest her children have already fled to Canada.