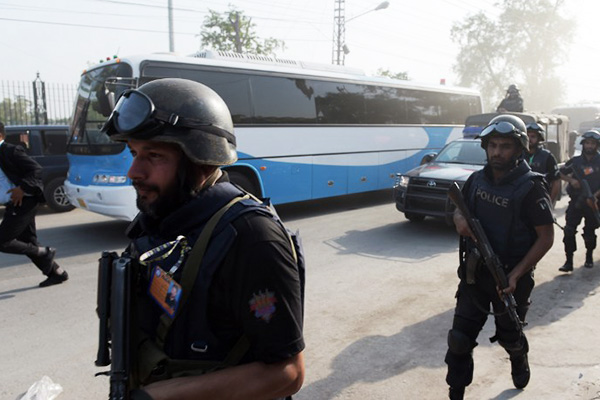 Final match of Twenty20 league to be held in Lahore amid security, says PCB spokesman.

Pakistan will deploy thousands of police and bulletproof buses for the final of its Twenty20 franchise league, set to be held in Lahore next month after the rest of the tournament is played in the U.A.E.

The violence-hit country has not hosted a high-profile foreign team since a 2009 gun and bomb attack on the Sri Lankan cricket side that killed eight people and injured nine others, including visiting players. The first edition of its five-team Twenty20 tournament, the Pakistan Super League, reported a healthy $2.6 million profit last year despite being held entirely in the United Arab Emirates.

This year, the finalists are set to fly to Lahore for a limited time to feature in the showpiece event on March 5 in a sobering nod to the delicate security situation in the country.

“The transportation of the cricket players from hotel to stadium to hotel will be in bulletproof buses escorted by heavy police contingents,” Pakistan Cricket Board’s senior media manager Raza Rashid told AFP. He added the match would also be watched by the International Cricket Council task force chief Giles Clarke and other senior officials.

Ibadat Nisar, a senior police officer in charge of the tournament’s security, said the players would be given “head of state” level protection. “The activities would be monitored through closed-circuit TV cameras,” he said, adding the movement of players and officials would be watched in a designated control room manned by police, intelligence and other experts.

Former England batsman Kevin Pietersen will also take part. The inclusion of Morgan is particularly noteworthy after he withdrew from England’s tour of Bangladesh over security concerns.