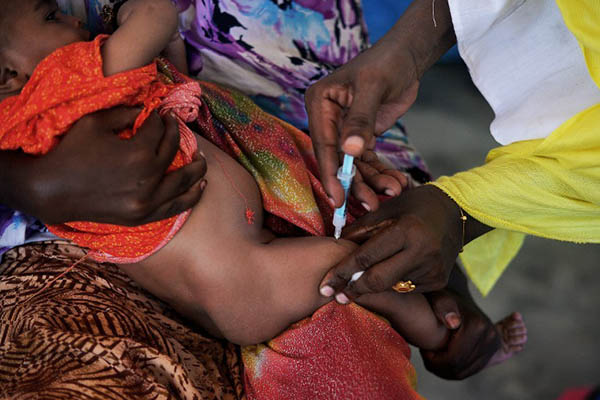 Pentavalent vaccines worth $3.7 million were stored improperly, leading to spoilage.

Authorities in Pakistan have suspended two health officials after $3.7 million worth of vaccines donated by UNICEF to protect children from deadly diseases were wasted, officials said Tuesday.

The pentavalent vaccines, which protect against five diseases with a single shot, spoiled because they were not stored at the proper temperature, officials said.

“An inquiry commission was formed to investigate the case and has suspended two officials for negligence,” said Dr. Saqlain Ahmad Gilani, the national manager at the Expanded Program on Immunization. “The vaccines were stored on a higher temperature than required.” The vaccines worth $3.7 million were donated by the United Nations Children’s Fund (UNICEF), he said.

State minister of National Health Services Regulation and Coordination Saira Afzal Tarar confirmed the incident and said it would lead to an improvement in vaccine monitoring. Tarar said the vaccines were ruined because of “departmental conflicts.”

“It appears that one person was switching off the generator when it was turned on apparently to save fuel,” she said. She said the inquiry report will be finalized in a week and made public and insisted more than half of the vaccines could still be used.

Immunization of children remains a big challenge for Pakistan, with polio a particular problem. The pentavalent vaccine does not cover polio.