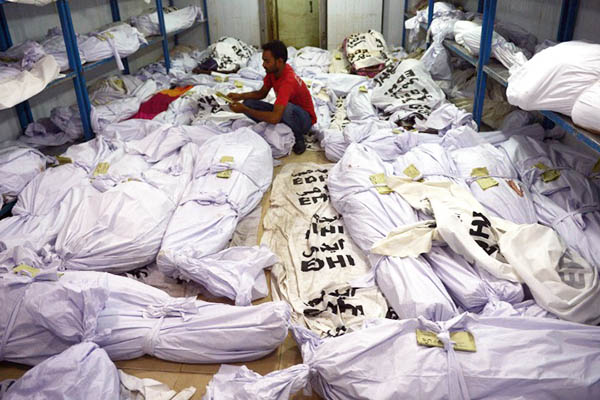 Rising temperatures nationwide continue to cause deaths by heatstroke.

Nearly 200 people have died in a heatwave in southern Pakistan, officials said Monday, as the government called in the Army to help tackle widespread heatstroke in Karachi.

The death toll in the country’s largest city, where temperatures hit 45 degrees Celsius at the weekend, is at least 180 and a further 11 deaths were reported in southern parts of Punjab province.

The deaths come a month after neighboring India suffered the second deadliest heatwave in its history, with more than 2,000 deaths.

Dr. Sabir Memon, a senior health official with the government in Sindh, said the death toll was 180 and warned it was likely to rise in the evening. An AFP tally based on information from five hospitals around Karachi suggested the toll there could be as high as 249.

National Disaster Management (NDMA) spokesman Ahmed Kamal said the government had asked the Army and paramilitary Rangers to help relief efforts which will include setting up heatstroke treatment centers around the city.

Coping with the scorching heat has been made harder by the power cuts that are a daily feature of life in Pakistan.

The Sindh provincial government has imposed a state of emergency at all hospitals, cancelling leave for doctors and other medical staff and increasing stocks of medical supplies. Doctors say most of those who have died succumbed to heatstroke.

Another 11 deaths were reported Monday in southern Punjab. “Eleven people have so far died because of heat related diseases in South Punjab during last 48 hours,” said a health official in Multan.

Sher Shah, a veteran medical practitioner and former president of the Pakistan Medical Association said Karachi’s poor were most at risk. The city of 20 million people also had electricity shortages that crippled the water supply system, hampering the pumping of millions of gallons of water to consumers, the state-run water utility said.

Edhi Welfare Organization, Pakistan’s largest charity, said their mortuary had been packed to capacity with heatwave deaths and other casualties as 150 bodies were placed there. “We had to bury some 30 unclaimed bodies to make room in the mortuary,” said Edhi official Anwar Kazmi. He said this was the first time the organization had received so many bodies in a two-day span.

Pakistan’s Met Office said temperatures hit 43C in Karachi on Sunday and 49C in Turbat, close to the Iranian border. More hot and humid weather is predicted for the coming 24 hours, though thunderstorms forecast for later in the week could bring cooler weather.