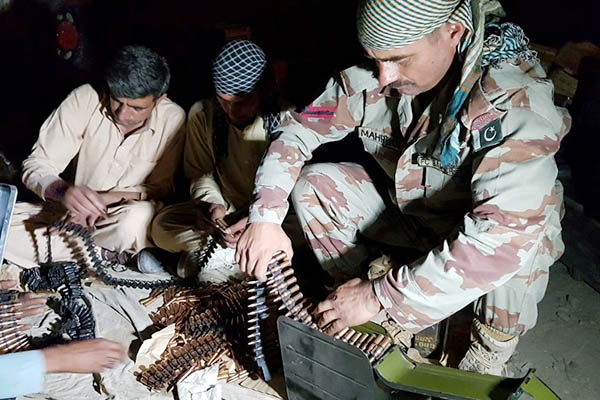 Of Pakistan’s four major neighbors, Islamabad is currently at odds with three. Officials in Afghanistan, Iran and India have lashed out at Pakistan in recent days, accusing Islamabad of fostering militancy.

On May 5, the Afghan army fired mortars on soldiers protecting census-takers from across the Durand Line near the Chaman border. At least seven Pakistani nationals were killed and another 33 injured. In retaliation, according to a Frontier Corps spokesman, 50 Afghan soldiers were killed and another 100 injured. Kabul has denied this. Last month, militants in Balochistan allegedly attacked Iranian border guards in Sistan-Baluchestan province, killing 10. Tehran accused the Sunni extremist Jaish-al-Adl for the assault and urged Islamabad to eradicate the terrorists from its soil. Nearly two weeks after the attack, Tehran’s military chief threatened to target militant sanctuaries within Pakistan if Islamabad was unable, or unwilling, to act against them.

Ties between India and Pakistan, meanwhile, have been in a tailspin since the killing last year of Kashmiri rebel Burhan Wani. New Delhi continues to blame Pakistan of fomenting hatred in India-administered Kashmir and cross-border skirmishes are commonplace. Early this month, New Delhi accused Pakistani soldiers of killing two Indian counterparts and mutilating their bodies. Islamabad denies this. A military court’s capital punishment sentence for alleged Indian spy Kulbashan Jadav has also added to the bad blood.

Unfortunately, Islamabad’s history of backing the Taliban and Kashmiri mujahideen makes it hard to convince our neighbors we are ready to target militants regardless of creed despite recent changes to our national security policies. Islamabad must convince the world—and its own citizens—of its sincerity. Making an example out of former Pakistani Taliban spokesman Ehsanullah Ehsan would be a fine start.