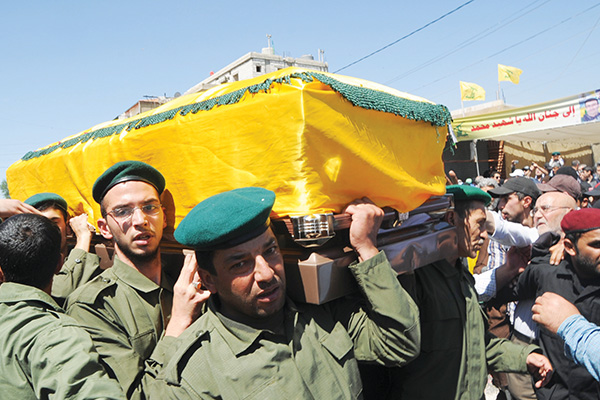 The leader of the militant Lebanese group finally admits sending fighters to Syria.

For the Lebanese militant group Hezbollah, the casualties finally became too numerous to explain away. It was already an open secret that the infamous ally of Syrian President Bashar al-Assad (as well as Iran collaborator and longstanding Israel enemy) had been crossing into Syria to help Assad fight the country’s rebels. Hezbollah even held funerals for its so-called martyrs killed in combat, though the group never admitted how the fighters died. But as the number of Hezbollah deaths mounted in recent days, with many killed during a siege of the strategic town of Qusayr, Hezbollah’s leader, Hassan Nasrallah, finally came clean on sending fighters to Syria. “It is our battle, and we are up to it,” he said in a May 25 speech that unequivocally tied Hezbollah to the outcome of Syria’s civil war.

Nasrallah’s announcement reignited old fears that the Syrian conflict will spill into Lebanon, which shares its neighbor’s sectarian divisions. It was also a blow to Syria’s rebels, who are already outgunned. However, the rebels fighting in Qusayr have so far been hanging tough, taking the feared Lebanese militants by surprise and inflicting heavy damage, observers say. Hezbollah “didn’t expect to get their asses handed to them this way,” says Michael Weiss, a Syria analyst and columnist with NOW Lebanon. Since many of the Hezbollah fighters in Syria were veterans of the 2006 war with Israel or elite commandos trained by Iran, the significant losses suffered by the militant group have dealt it a major operational blow, according to Tony Badran of the Foundation for Defense of Democracies in Washington, D.C.

The recent fighting has also hurt Hezbollah psychologically, undercutting the narrative of what Badran calls “the mystical prowess of Hezbollah”—key to both recruitment and deterrence. While Hezbollah made its name as a guerrilla force fighting back the Israelis, it looks uneasy in the role of foreign aggressor, falling prey to the same tactics it perfected at home, says Badran. “It has exposed their weakness.”