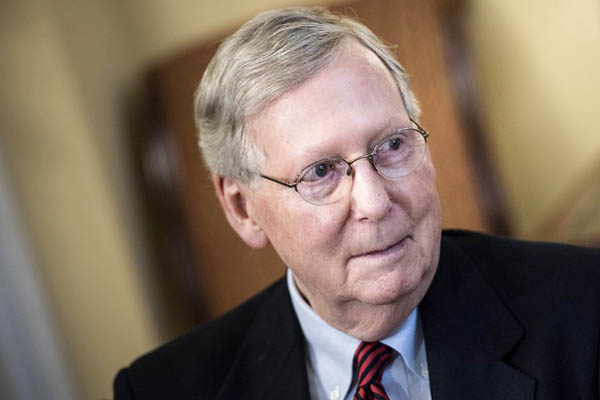 The U.S. Senate’s top Republican said on Tuesday it was “highly likely” that ousted national security adviser Michael Flynn would have to testify at an intelligence panel, potentially heaping pressure on President Donald Trump.

Flynn resigned barely three weeks into the new administration amid allegations he had discussed recently imposed U.S. sanctions on Russia with Moscow’s ambassador to Washington before Trump took office, and then misled Vice President Mike Pence about the nature of the call.

When asked whether he believed Trump may have directed Flynn to discuss the sanctions with ambassador Sergey Kislyak, Senate Majority Leader Mitch McConnell McConnell said: “It’s highly likely they will want to take a look at this episode as well.”

“They have the broad jurisdiction to do it,” he added.

The comments build on those by other Senate Republicans, including number-two Republican John Cornyn, Senator John McCain and Senate Intelligence Committee member Roy Blunt, who support investigations into Russian interference. “I think it’s likely that general Flynn will be at some point asked to come, and talk to the [intelligence] committee about post-election activities,” Blunt told reporters.

Putting Flynn in the hot seat and under oath has the potential of prying open sensitive information, including whether or not Trump had any role in the incident or why the president apparently kept his national security aide on board for weeks after discovering he misled Pence.

Democrats demanded a transparent and impartial probe. “General Flynn’s resignation is not the end of the story, it is merely a beginning,” said top Senate Democrat Chuck Schumer. “Was General Flynn directed or authorized to do what he did?” he continued. “Who else from the Trump administration, transition or campaign, had contact with the Russians?”