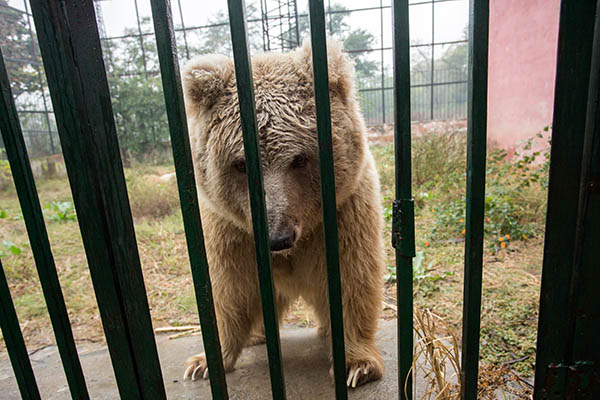 The Islamabad High Court on Monday disposed of a contempt of court petition against the Islamabad Wildlife Management Board after the Ministry of Climate Change informed it that two Himalayan bears at the Islamabad Zoo would be relocated to a sanctuary in Jordan on Dec. 16 (Wednesday) due to a lack of facilities to care for them in Pakistan.

In a six-page order penned by Chief Justice Athar Minallah, the court noted that the Wildlife Board had decided to relocate Suzie and Babloo—long-suffering residents of the Islamabad Zoo—to an appropriate sanctuary until a facility that could meet their behavioral, physiological and social needs could be established in Pakistan. The judgment said the natural habitat of the bears was the high altitude plains of the Deosai National Park in the Himalayas, adding that it was inhumane to keep them in the federal capital merely for public entertainment.

“They have remained caged in [Islamabad’s] Marghazar Zoo for over a decade,” read the order. “A zoo, no matter how well equipped, is no less than a concentration camp for living beings,” it added.

Noting that both bears had been subjected to unimaginable pain and suffering and there was no justification for such cruel treatment to living creatures, the order noted that their “abnormal behavior” while imprisoned was sufficient proof of the pain and suffering they had endured.

“Both Suzie and Babloo, the brown bears, could have been taken care of in Pakistan but time was required for creating an enabling environment and a facility that would serve as a sanctuary,” said the chief justice. “Kaavan, the lone elephant, has already been relocated to a sanctuary in Cambodia and the report received from Cambodia is a tribute to the people of Pakistan and its government who accepted the jurisprudence of this court and implemented it in letter and spirit. It is an acknowledgement that animal species have rights and that it is a duty of humans to protect them. The three animals will always be ambassadors of Pakistan, a reminder that the human race could go extinct if animal species and their rights are not protected,” he added.

According to the judgment, the relocation of the animals for better care was a step toward “changing mindsets.” It said that the imprisonment of sentient animals must come to an end, and they should be allowed to enjoy out their lives in their natural habitats.

The IHC also lauded the services of Dr. Amir Khalil of animal welfare organization Four Paws in assisting the Wildlife Board and the government in relocating all three animals.

Last week, the Ministry of Climate Change abruptly rescinded an earlier approval for the two bears’ relocation, violating a court order mandating the transfer. Following an outcry, the court questioned why the Ministry and the Wildlife Board should not be hauled up on contempt of court charges for refusing to implement its orders.

The government had claimed that the two bears would be housed in an animal sanctuary and did not need to be moved anymore. However, experts had warned that Pakistan has no suitable facilities to provide the care required by the two bears, and they needed to be shifted for their own wellbeing. Following a clear order by the court to either relocate or provide suitable facilities for the bears, the Wildlife Board and the Climate Change Ministry both agreed to allow Suzie and Babloo to leave for greener pastures.